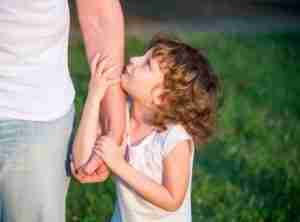 This is the next post in my series on the issue of child abuse and how such allegations impact a Las Vegas parent’s right to child custody. My last post explained what action to take if one is falsely accused of committing an abusive act against their child. In this post I will explain how being found guilty of child abuse will impact one’s relationship and ability to have access to their child in the long-term.

CPS’s ultimate goal is always to reunite children with their biological parent. The Department of Family Services does not want children to grow up in foster care if it can be helped. A reunification plan may be put in place that requires the parent to attend parenting classes, therapy, alcohol abuse courses, etc. Las Vegas parents may be required to meet with a social worker on a regular basis, prove that they have stable housing, and be subject to home inspections. If a parent is able to meet all of the requirements of the county, then it is often possible to have their case closed and children returned with no additional requirements.

Child custody can become much more contentious when the other parent is involved and adamant that the allegedly abusive parent is unfit. If a parent requests an emergency hearing with the Clark County Family Court they may request sole custody, and present evidence to a Judge to support their request. Family Court does not require that children have been removed by the Department of Family Services, or that a parent has been convicted of child abuse in order for a Judge to modify a parent’s custody. Family Court Judges have wide discretion and can order supervised visitation or temporarily take away custody as they see fit for as long as necessary.

If a parent has been convicted of child abuse in criminal Court then their chances of a Family Court Judge allowing custody becomes particularly slim. When a parent is convicted of a felony against a child a Judge will at best allow supervised visitation. More time and freedom with one’s child may be possible, but only after work, good behavior, and actively showing the Court that one has changed.

If you have been accused of child abuse, the results of such an allegation can have long-term consequences on one’s custody. It is important to contact an attorney immediately if one is accused. Call our Las Vegas family law attorney today to set up a consultation.