How a TPO will Affect your Las Vegas Child Custody Case 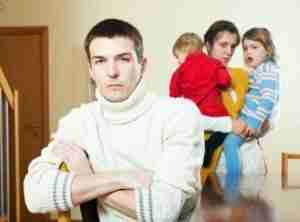 This is the next post in my series discussing information related to obtaining a TPO in Nevada due to threats of domestic violence. My last post discussed the process of filing the application for a temporary protective order (TPO). In this post, I will discuss how a TPO is likely to affect an ongoing child custody case.

A parent who has been abused by their significant other is understandably concerned for the safety of their children. Typical cases will involve a mother alleging that she has been physically abused by the father. There are also matters which involve a mother engages in acts of violence as well as matters which involve mutual combat. Whatever the situation, filing for a TPO is often a necessary first step in ensuring one’s safety. In addition to filing for a TPO, it is important to understand that the Clark County Family Court may be willing to modify the existing child custody order so that the children’s best interests are served. The process for changing custody is commenced by filing a Motion with the Court.

Violence in the home is a reason for which the Court will quickly modify an existing child custody order. Nevada child custody can be modified whenever there has been a change of circumstances since the last court order and such a change impacts the best interests of the children. It goes without saying that it is against the children’s best interests to be in the presence of violence. If domestic violence is alleged then the Court will often grant a request for “shortened time” so that the custody modification motion may be heard sooner than it normally would. If a TPO has already been issued then the Family Court Judge will also hear all matters related to the TPO under the “one family, one Judge” rule. If you are involved in a child custody dispute, and the other parent is placing you in danger or reasonable fear of danger, then you should file for a TPO as well as to change custody.

One thing that must be made clear is that a TPO is not meant to be used as a tool in a child custody case. If a parent wishes to file for a change of custody or wishes to limit the other parent’s visitation then it is not appropriate to file a false TPO application in an effort to build a case. Such conduct will be seen as an effort to frustrate the relationship of the child and the other parent and the Clark County Family Court will not consider such conduct to be within the child’s best interests. This may result in a Judge actually reducing the custodial time of the parent who filed the false request. The Court takes a protection request very seriously and will not tolerate frivolous requests made in an effort to gain an advantage during child custody cases.

I discuss all of these issues in the following video:

If are involved in a Las Vegas child custody dispute, and there are allegations of domestic violence, then you need the assistance of an attorney. Contact a Nevada family law attorney today to learn more about what to do next.