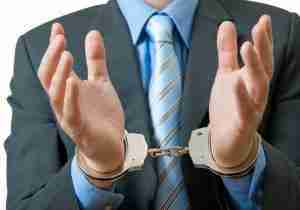 This is the fifth post in my series “Understanding Child Support Laws in Las Vegas.” My last post discussed how child support payments may affect the amount of alimony that is ordered. In this post I will be discussing how the Nevada family court system deals with noncustodial parents who fail to pay their child support on time.

Las Vegas Family Court Judge’s have little tolerance for a parent who simply refuses to pay Court ordered child support. If you are supposed to be receiving payments that are not being made then the best thing to do is contact an attorney immediately. Your family law attorney will file a contempt motion stating that the other parent is violating the child support order. A “Show Cause” hearing will be set within four to six weeks and the other parent will be required to appear. If they do not show up then a warrant will be issued for their arrest. The Court will typically order the non-paying parent to become current on their child support payments or face being held in contempt of court. The punishment for contempt may be any of the punishments listed above. As further punishment for forcing you to hire an attorney and go to Court, which is fairly standard for Judges, is to order the other parent to pay attorney’s fees.

I discuss these issues further in this video:

The mistake most single parents make when it comes to nonpayment cases is that they wait years before filing to hold the other parent in contempt. Many noncustodial parents will make up excuse after excuse and promise that they will catch up on payments soon. While you can file for back child support, the longer time goes on, the less likely you will be to collect the money that is owed to you. If the noncustodial parent is in a position where the payment amount is too high then they have the option of going to court and asking for the payment to be lowered. However, if the custodial parent routinely excuses late or missed payments, it sets a precedent for the other parent and they will be unlikely to make payments in the future.

Do not excuse parents who fail to make their payment. The process of going to court and enforcing the payment schedule is quick, efficient, and frequently comes at no cost to the parent who is owed money. If your child’s parent is behind on child support, do not wait. Contact our Las Vegas child support arrears attorney today and learn how we can help to recover the money you are owed.