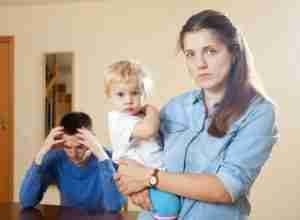 This is the next post in my series discussing child abuse issues and how they can impact child custody disputes in the Las Vegas area. My last post explained what actions a parent should take if they suspect that their child is being abused or neglected while in the care of an ex. In this post I will discuss options a parent has when they are falsely accused of child abuse by a parent in order to gain leverage in a Clark County Family Court case.

It is, unfortunately, not uncommon for one parent to falsely accuse the other of child abuse when a custody dispute occurs. Child custody matters have a tendency to turn ugly and Family Court Judges understand that not all child abuse allegations are made out of a legitimate concern for the child’s welfare. However, all allegations must be investigated. It is, therefore, important for a parent to be cooperative with the process no matter how frustrating it may be.

The first step is to contact an attorney and discuss the allegations your ex has made against you. If an incident occurred that prompted your ex to call CPS then it is important to discuss the details of what happened with your lawyer. You should be as honest as possible with your attorney when discussing any possible “evidence” your ex may have regarding their abuse allegations. If the parent has filed an emergency motion with the Court then your counsel will immediately gather evidence that contradicts the claim. This may include obtaining statements from the child’s teacher, pointing to a long history as a loving and attentive parent, and even outright stating in Court that the parent may have ulterior motives for making a child abuse claim.

If your ex has made a claim with Clark County Child Protective Services then it is likely that they will be in contact with you in short order. Your attorney can prepare you for the types of questions that will likely be asked of you and how to respond. It will be important for you to be cooperative with the CPS investigators; defensiveness will not be an effective strategy. It is understandable for one to be frightened and upset that their ex-spouse has accused them of child abuse, but CPS workers are simply doing their job and ensuring the safety of the child. It is important to remember that they are simply checking to see if a complaint has merit; if there is no evidence of child abuse the matter will be closed with no further consequence. If you have any concerns or questions then it is important to discuss them with your attorney; one does not want to inadvertently harm their case by being difficult to investigators.

If you have been falsely accused of child abuse, contact your Las Vegas family law attorney immediately. Call now for a consultation.