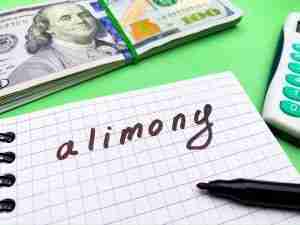 This is the next post in a series of articles discussing how Nevada’s divorce laws may impact active-duty military members in Las Vegas. My previous post addressed the division of military pension benefits under Nevada’s community property laws. Many service members are surprised to learn that their spouse may be entitled to a portion of their pension in a divorce. It is important to understand how the amount will be determined and how settlement negotiations may impact the outcome. In this post, I will discuss how spousal support will be determined for divorcing military couples in Las Vegas. Given the potential long-term financial consequences of alimony awards, it is important to consult with a lawyer regarding your rights and obligations. If you need assistance, contact my office today to speak with an attorney.

Unlike many states across the country, Nevada does not have a specific statute setting forth a formula for determining spousal support amounts in divorce cases. Whether a spouse will be entitled to receive alimony is, instead, at the discretion of the family court judge. Some attorneys and judges refer to guidelines referred to in an earlier court decision, known as “the Tonopah guidelines” when discussing spousal support. The Tonopah case is not binding, however, and the judge will have considerable leeway when ordering alimony. A primary factor in making this determination is the relative financial position of each spouse at the time of the divorce. This can be particularly complicated when one spouse is an active or retired member of the armed forces. For military personnel, the court will not only consider the member’s current military income. Other benefits with monetary value, such as housing allowances, healthcare benefits, and retirement pay will likely also be included in the analysis. If the other spouse is not employed, the court will consider the extent to which they require education or training before entering the workforce. It may also consider the stay-at-home spouse’s contribution to the career of the military spouse, such as foregoing employment opportunities to relocate or support the family during deployment.

Consider the following example. Sally and Joe both receive computer engineering degrees in college, after which they get married. Joe joins the Air Force stationed in Ohio, where Sally finds a lucrative job. Joe is later assigned to a new position at Nellis Air Force Base. Sally quits her job and moves with Joe and their children to Las Vegas. Joe’s new position requires him to travel extensively and they have no family in town to help Sally with childcare. She elects to be a stay-at-home mom for the next fifteen years, during which time her computer engineering skills become outdated. The couple decides to divorce. The Clark County Family Court reviews the couple’s financial position and determines that Sally is entitled to receive alimony from Joe for a period of time. Joe’s current salary, housing allowance, and medical benefits are included in the court’s analysis of his finances. The amount takes into account Sally’s support of Joe’s career, contributions to raising their family, and outdated work skills. In addition to spousal support, Sally will likely be entitled to a portion of Joe’s military benefits, as discussed earlier in this series. How the court will rule on spousal support will depend upon the facts of the specific case.

If you need assistance with a family law matter, including divorce, annulment or child custody, contact my office today to speak with a Las Vegas family lawyer.