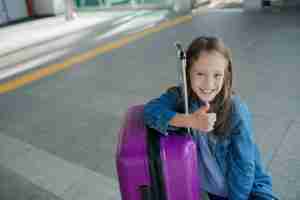 This is the next post in my series discussing how international divorce impacts child custody decisions in Las Vegas, Nevada. My last post provided an overview of topics that I will be discussing over my next several articles. In this post, I will explain how a Clark County Family Court Judge typically handles a custody situation where one parent wishes to move back to their home country. If you require assistance then contact my office today to speak with a lawyer.

The first area of confusion many international couples run into during a divorce is where to file. When a couple owns homes in multiple countries, have moved frequently, or work for an international business, even knowing where to submit divorce documents can be puzzling. The rules of child custody in international divorces are similar to those applying to any other couple who move frequently; if the child has resided in Nevada for the past 6 months then Nevada has jurisdiction over the case. If the child has not lived in Nevada for 6 months then the couple must understand that Nevada will not have jurisdiction over child custody issues. The decision to file in Clark County or in the country or city that the couple lived previously may be dependent on a number of factors including convenience, immediate and long-term living plans, and the difference in Nevada laws versus another state or country’s.

Once jurisdiction is decided then the Court will be most concerned with the “best interest of the child.” The Family Court Judge will consider unique circumstances for all international cases. If it is the intention of a foreign born spouse to move back to their home country on a part-time or permanent basis, there are many factors the Court will consider. The child’s age, experience in traveling and living in other places, ability to speak the language of the parent’s home country, whether or not the child has dual citizenship, and the child’s ties to the Las Vegas community will all factor into a Judge’s decision. Other influencing factors will include the jobs of both parents; the Court will consider the flexibility in schedules and the ability to relocate, the financial means of both parents, the degree to which the parents are able to co-parent amicably, and whether or not the country in question is part of the Hague Convention. After considering all of the facts the Judge will issue a decision which attempts to preserve the parent-child relationship of both parents while acknowledging the difficulties in parenting long-distance.

With most international custody plans, it is impractical for parents to share completely equal custody of their children. In the majority of cases, a child must have a home base where they attend school and recognize one location as their home. In most international custody cases, a Judge will decide which country a child will live in, as well as exactly how much visitation time the other parent is to have. Issues that must be resolved include if the children are to travel to the noncustodial parent or the other way around, who is responsible for paying for travel expenses, and what the responsibilities of the custodial parent are pertaining to keeping the noncustodial parent updated and involved in the children’s day-to-day life. It is important to note that just because a Las Vegas Court has jurisdiction over the child custody case does not necessarily mean that a Judge will order the children to live in Nevada. As with any other relocation case, the relocating parent has an opportunity to argue why children should be allowed to move with the parent. Moving outside of the country does not disqualify a parent from having their request seriously considered.

If you wish to move your children to another country, or are attempting to block your spouse from taking your children outside of the country, it is important to act quickly. Contact our Las Vegas family law office today and schedule a consultation with an attorney.