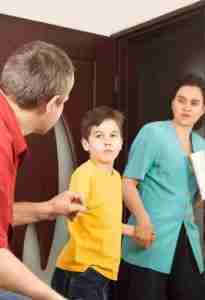 Monitored exchanges are often ordered when both parents are capable of fulfilling their parental duties but have a highly contentious relationship. Such contention may make it so that they cannot deal with one another without negatively impacting the children. A Clark County Family Court Judge will often order the two parents to use a neutral site to execute child custody exchanges when it is unlikely that the children can be exchanged without difficulty. It is common, for example, for exchanges to be had in front of the Family Court building in Las Vegas, Nevada. If you are having difficulty during child exchanges then you may wish to file a Motion with the Court requesting that visitation be supervised or that exchanged be monitored.

Monitored exchanges are often effective in preventing future problems. When a couple fights in front of the children then distress is caused. Also, arguments can accelerate to a point where law enforcement may be called with one or both persons crossing the line into dangerous territory, potentially giving cause to arrest one of them, or both. By voluntarily taking part in a monitored exchange, Las Vegas parents can not only avoid these issues but can ensure that their children are able to move from one parent to the next with as little stress as possible. Monitored exchanges are often ideal when a divorce is still fresh and the parents’ emotions are still at a high. Over time it is common for parents to settle into their new parenting plan with the need for monitored exchanges going away.

If you have gone through a contentious custody battle and are now struggling to co-parent then a monitored exchange can be an effective solution. Contact our Las Vegas child custody lawyer today to find out more information.