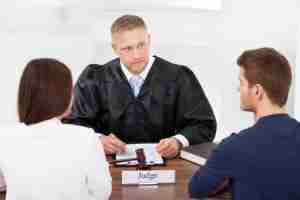 If one has had a significant dip in income – for example, they have lost a job, been demoted, or work in an industry where income fluctuates, then it is important to be proactive in asking the Clark County Family Court for a lower child support payment. Too often a parent attempts to keep up with their current child support schedule because they believe their income will improve or that they will find a new job quickly. They may get a payment or two behind and promise the other custodial parent that they will ‘pay them back.’ While one may have good intentions this behavior can quickly get one into a financial hole that is hard to get out of.

If a parent suddenly finds themself on unemployment, temporary disability, or simply finds that income is down due to a turn in the economy then it is important to keep the Court informed of your financial change. Child support is set based on one’s income and the Court can assist a parent modifying their payments until they are back on their feet. If a parent simply begins to pay less than what they owe then they will quickly fall into owing ‘back child support,’ which can become a slippery slope. When one owes back child support the Court can require that one also pay interest, penalties, and have wages garnished. Failure to pay child support can even lead to one being jailed, losing their driver’s license, or having a professional license suspended. If a Las Vegas parent can legitimately no longer afford their payments then the best course of action is to be honest and let the Court know.

There is an exception to the modification rule and that is a parent who does not make a good faith effort to support their child. All parents are expected to contribute to the financial needs of their children. While the Court understands that financial setbacks happen, the Judge will not be understanding if a parent does not make an effort. If a parent is unemployed or loses their job but does not make an effort to look for work, becomes retrained, or only applies for positions well below their skill level then a Judge can become fed up and set a higher child support payment than what one’s income justifies. This is because they Court can find one ‘underemployed’ and penalize them if it is believed a parent is willfully not working.

If one is concerned about making their child support payments then it is important to consult with a Las Vegas attorney about your financial situation. Contact us today.