When Las Vegas Parents Should Be Concerned About International Child Kidnappings 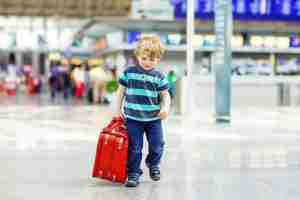 This is the next post in my series discussing how an international divorce can impact couples who file for divorce in Las Vegas. My last post explained how a parent who wishes to relocate to another country may ask the Court permission to move with the child. In this post I will explain what to do if one is concerned that a potential kidnapping is possible and what to do if your child is taken out of the country against the Court’s orders. If you require assistance then contact my office today to speak with a lawyer.

It is a federal crime to remove a child from the United States with the intention of obstructing another parent’s custodial rights. The law is intended to discourage parents with dual citizenship from attempting to kidnap their child and relocating without going through the Family Court channels. Unfortunately, this law is not always enough to prevent international parental kidnappings. The 1980 Hague Convention may be used to facilitate the return of a child to the United States, however, the convention policies can only be used if the other country in question is also a part of the convention. More than 67 countries are not part of the Hague Convention, including Cuba, Pakistan, the Bahamas, Belize, El Salvador, Thailand, the Dominican Republic, and Honduras. If a child is taken illegally to one of these countries it can take years of legal red tape to facilitate a safe return.

There are several instances in which a Judge may take precautions against international kidnapping. If a parent has made statements in the past that they intend to take the child and “disappear” these threats must be taken seriously. Likewise if a divorce is extremely contentious and one parent has connections to a country that is not a member of the Hague Convention. If either parent is concerned about kidnapping they can ask the Court to hold the children’s passports in a safe, neutral location until the divorce proceedings are finalized. A Judge may also order both parents to refrain from making travel plans with the children. In extreme cases, a Judge may order supervised visitation in order to prevent a kidnapping. While a Judge will not limit a parent’s freedom to visit with children unless absolutely necessary, they will listen to any evidence that the children are in danger and make a ruling based on the facts of the case.

There is nothing more frightening than when a child has been taken outside of the country, and the parent has no way of knowing where they are. International parental kidnappings do happen, and many parents are frustrated by their legal options. The FBI does not have jurisdiction to investigate crimes outside of the United States, except in certain situations. It does work closely with Interpol and other international authorities. However, if a parent has taken a child to a country that refuses to cooperate, facilitating the return of the child can become a long, emotional, and frustrating experience. If you believe your child has been taken, it is important to contact the FBI immediately. The more likely your child can be recovered at the airport the better. It is also important to contact your attorney immediately. Your attorney can be your representative when dealing with government agents and advocate on your behalf.

The best way to deal with a parental kidnapping is to take steps to prevent such a tragedy from happening. If your child has been kidnapped despite the best of precautions it is important to contact both the authorities and an attorney immediately. Contact our Las Vegas family law office now to schedule an emergency appointment with a lawyer.