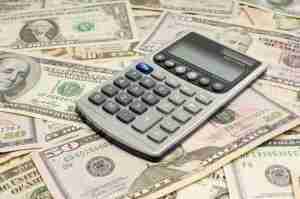 This is the next post in my series on dealing with “underemployment” in Las Vegas, Nevada child support cases. My last article provided an overview of topics which this series will be addressing and stressed the need to speak with an attorney if you feel you are not receiving a fair amount. It is important to speak with a lawyer sooner, rather than later, as the longer you wait means the more you may miss out on potential payments. In this article I will discuss another important topic – when the Clark County Family Court will consider a parent to be underemployed. If you need assistance then contact my office today to schedule an initial consultation.

The law places a requirement upon parents to support their children. This requirement implies that a parent will make an effort to earn a wage commensurate to their skill level. If a parent chooses to earn less than they are capable of then the Court can Order that they pay support as if they were earning a greater amount. Say, for example, that a white collar professional has been earning $75,000 per year. That professional then quits their job and takes a position at a restaurant earning $25,000 per year. If the professional goes to Court and asks that their child support be lowered due to their reduced income then the request would likely be denied. The Court would view such a situation from the standpoint that the person was choosing to not work as a professional. While one is free to work in any profession they wish, the Court will view them as obligated to earn an amount equal with their potential.

It is important to understand that one will not be considered underemployed simply because they are earning less than what they are fully capable of. Say, for example, that the above-mentioned professional was laid off from their $75,000 a year job and was actively looking for a new position. The fact that the person is unemployed, due to no fault of their own, would not result in a finding of underemployment. Also, say they left their job due to legitimate reasons (such as a medical diagnosis requiring them to find a lower stress profession). In such a situation, again, the Court would likely not find that they were underemployed. Underemployment will only be found when one is choosing, without justification, to earn an amount that is much less than what they are capable of.

If you believe that your child’s other parent is underemployed, and that you should be entitled to an increased support amount, then contact my office today to schedule an initial consultation. As a Las Vegas family law attorney I handle many such matters and I am ready to assist you.