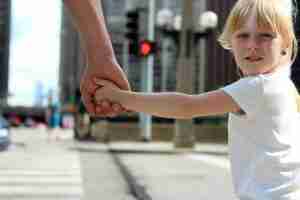 This is the next post in my series on bringing an emergency request to change child custody in Las Vegas, Nevada. My last article discussed the process of filing for an expedited hearing in child custody cases. Courts will often grant an expedited hearing (otherwise known as a hearing on “shortened time”) if it can be shown that the child is likely in some form of danger. Such danger can involve physical abuse, drug use by a parent, etc. In this article I will discuss what it is you should expect at the initial hearing. If you require assistance then contact my office today to speak with an attorney.

The initial hearing on your Motion will not be a trial and witnesses will not testify. The hearing will be relatively short and the lawyer for each side will make an oral argument. After the Court has heard from each side the Judge will issue a ruling. Potential rulings include the Judge outright denying the Motion (meaning that the current child custody order will stay in place), the Judge making a temporary change in custody and setting a trial date in order to determine whether the change should be made permanent, or the Judge making no immediate change but setting a trial date in order to determine if a change is warranted. How the Court will rule in any given situation will depend on the specific facts of the case.

It is important to understand that any changes, or lack thereof, that the court orders at the initial hearing are only temporary. This means that the Judge will not make a final decision until trial and that you have a chance to prove your case at a later date. Too often, parents become frustrated if the initial hearing does not go as they had hoped and they then take actions that are against the best interests of the child and, as a result, they harm their case. Again, the court’s initial ruling is often not its final say in the matter.

An important point to understand is that you must abide by the Court’s orders after the hearing has ended and while you are waiting for trial. One of the factors the Court will consider, as to who should have custody, is the ability of a parent to follow the custody order. If you establish a pattern of not returning the child on time, or causing confrontation while the case is ongoing, then you run the risk of harming your case. If you believe that the other party is somehow violating the order or not acting in your child’s best interests then the appropriate cause of action is to contact your lawyer immediately and to not engage in “self help.” Also, make sure you take the advice of your counsel.

If you require assistance then contact my office today to speak with a Las Vegas child custody attorney. I have handled many cases involving emergency modifications and my office is ready to assist you.