What Happens During a Las Vegas Child Abuse Investigation 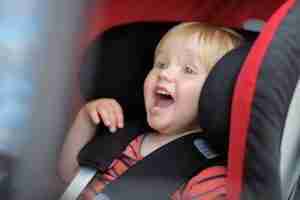 This is the next post in my series discussing how child abuse and neglect allegations impact the results of a Las Vegas child custody dispute. My last post provided an overview of topics that I will be discussing over my next several articles. In this article I will begin by explaining what steps will be taken when a child abuse complaint is made.

An abuse complaint or report does not mean that a child will be automatically taken away from their parent. When a complaint of child abuse is made to Clark County Child Protective Services (CPS) then many steps must be taken in determining the validity of that complaint. First, it is important to understand who might make a child abuse claim or why. Technically, any person who suspects child abuse may contact CPS through phone or email and make a report. All reports are confidential, and the parent that is suspected of abuse will not be informed regarding who made the report. Physicians, mental health workers, teachers, and other professionals who work with children are mandated reporters- meaning if they have any reason to suspect child abuse, they are required to report it. However it is not uncommon for family members, neighbors, and other acquaintances to contact CPS; sometimes out of true concern for a child, sometimes for more vengeful purposes. Child Protective Services understands that not all complaints are indications of true child abuse. When a complaint is made they will get as much information as possible from the reporter, including specifics about the alleged abuse, how long it has been happening, and if the child is in immediate danger. The case will be assigned a number, and an initial investigation will occur.

Once a complaint is made then an initial investigation will occur. A case worker will be assigned. This worker may contact the parent, a teacher, a physician, the child, or someone else relevent to the case. The caseworker may visit the home to observe the environment the child is being raised in. Many initial investigations end at this stage if there is no sign of abuse. If abuse is not apparent then the case is closed and the caseworker will have no further contact with the family unless a new allegation is made. If abuse is suspected the situation will be assessed and one of several possibilities could happen. The most extreme possibility is that the child could be taken away from the parent, and placed with a relative, the other parent, or in a temporary foster home. A second possibility is that the custodial parent would be assigned a caseworker from the Department of Family Services and put on a parenting plan that might include parenting classes, weekly home visits, a mental health worker, and other resources.

Child Protective Services is not actively involved in one’s ongoing custody dispute. If one is going through a divorce or child custody battle in the Clark County Family Court, CPS will not directly become involved. However, if CPS has found evidence of child abuse or neglect which provides grounds for the other parent to file a Motion with the Judge asking for an emergency change in custody. If the current noncustodial parent does not have a history of child abuse and there is no other reason why the noncustodial parent shouldn’t take over custody then it is likely a custodial change will be granted. However, depending on the circumstances that does not mean that the emergency custody Order will be permanent; the Court may provide the parent under investigation the opportunity to work with the Department of Family Services, and then reevaluate custody later on down the line.

Being under investigation for child abuse is a nerve racking experience – even for the best of parents. Luckily, CPS does understand that child abuse allegations are often made in the heat of a divorce battle and are not always a sign that true abuse is happening. All child abuse reports are investigated and fairly evaluated. However, if you are reported and currently going through a child abuse dispute, it is important to contact your attorney immediately. For a consultation with a Las Vegas family law attorney, call today for a consultation.