The Importance Of Using An Attorney To Obtain An Uncontested Divorce In Las Vegas, Nevada 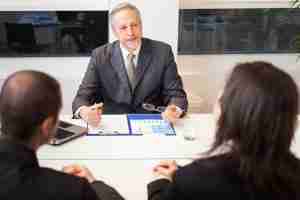 As discussed earlier in this series, the process for obtaining an uncontested divorce in Nevada is relatively simple. Assuming a couple is eligible under our state’s residency requirements and both spouses agree on 100% of the issues involved in their settlement, it is possible to quickly and economically dissolve the marriage. It is important to remember, however, that despite the abbreviated nature of the process, an uncontested divorce is a legal proceeding involving preparing and filing formal documentation with the Court and resulting in a legally binding arrangement. Mistakes in the Court filings, such as improper format, or incorrect or missing information, may result in delays or cause the Court to reject the documents altogether. Failing to resolve an issue appropriately, such as dividing assets or debts, visitation, or spousal support, could lead to future litigation. Once an uncontested divorce is finalized, individuals may not be able to reopen the case to correct such problems leaving them stuck with the arrangement to which they originally agreed. Discussing your case with a lawyer can help ensure that the necessary documents are correctly prepared and filed and that one’s legal rights and obligations are fully discussed and understood before the divorce becomes final.

Those who handle their uncontested divorce without legal representation often make the mistake of incorrectly addressing or failing to address a material issue in their settlement agreement. Not identifying all marital assets or debts, for instance, could be costly to either party. Consider the following example. When Bob and Sue get married, they move into a house that Sue previously purchased. Throughout their marriage, they equally contribute to mortgage payments, home repairs, improvements, etc. After a few years, they decide to split up and, to save money, seek an uncontested divorce without legal representation. Since Sue purchased the house before they were married, they both believe that the residence is solely owned by her, rather than marital property, the value of which should be divided between them. Their paperwork filed with the Court reflects their agreement that Sue retain the home and the entire value of the asset. Bob later learns that because he made significant contributions to the home’s equity, it would likely have been considered community property and he would likely have been entitled to a portion of the home’s value under Nevada law. Bob discusses his options to reopen the case with an attorney. He learns that even though he was mistaken about his legal rights at the time they filed the uncontested divorce paperwork, their agreement is legally binding and he has waived his rights to change the property division. Had he discussed his case with a lawyer in advance, he would have understood his legal rights and likely addressed the issue differently.

My office understands that uncontested divorces are attractive to individuals for a variety of reasons. The process can, in fact, be beneficial for both parties and is often the best option for couples. I cannot overemphasize, however, the importance of reviewing your case with an experienced attorney who can explain your legal rights, identify all of the issues that must be resolved, and prepare and file your forms properly. If you need assistance, contact my office today to speak with a Las Vegas divorce lawyer.