Filing For Temporary Nevada Child Custody Due To An Emergency 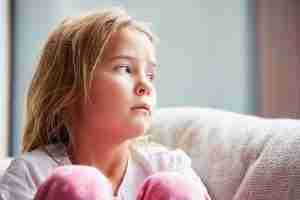 This is the next post in my series on obtaining a temporary child custody order in the state of Nevada. My last article provided an overview of topics which this series will be addressing. It also stressed the need to speak with an attorney if you are attempting to change custody on an immediate basis. It is important you speak with counsel as soon as possible as the sooner you take action the more likely the Court will be to believe that the matter is an emergency. Conversely, waiting to bring a legal action can potentially leave the Court with the impression that the matter is not urgent. In this article I will discuss the possibility of seeking a temporary order when the child is in an emergency situation. If you or a loved one are in need of assistance then contact my office today to speak with a Las Vegas lawyer.

There are a number of situations which the Court will consider to be an “emergency” which threatens the well being of the child. I have previously discussed such situations in my article on what the Clark County Family Court may consider to be an emergency. When such a situation arises, there are immediate steps a parent can take. If the parties have never had a custody order, then they may file a Complaint to establish custody along with a Motion for a temporary order. If the parents have an existing custody order, then a parent may file a Motion to change custody. It can be requested that either of the two Motions just mentioned be heard on “shortened time.” This would result in the Court hearing the matter within a few days. At the hearing, if the Court finds that the child’s best interests are served by a change, the Judge will issue a new order with a temporary custody arrangement. A trial date will also be set to determine whether the change should be made permanent or whether some other arrangement will best suit the child.

It is suggested that you retain an attorney as soon as possible if you are a Las Vegas parent attempting to gain a temporary change of custody. Counsel will be familiar with how the Court may view various types of claims and what evidence will be needed to support your request. Counsel will also be able to assist with gathering additional evidence, in preparation of the eventual trial, through the discovery process. Finally, an experienced lawyer will be familiar with the rules of evidence and trial procedure, which are necessary when the time comes to seek a more permanent order.

If you or a loved one are in need of legal assistance then contact my Las Vegas office today to schedule an initial consultation. I devote my practice to domestic relations law and I take great pride in the level of service which my firm provides. I look forward to speaking with you.