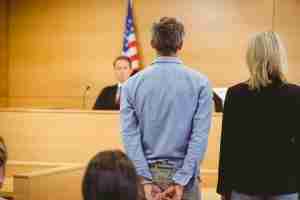 Before I begin, I must state that I do understand why one would be inclined to ignore a false allegation of domestic violence. For parents engaged in a custody battle, false claims of domestic violence may seem like a pathetic attempt at tarnishing their reputation. Since the accusations are false, one might be under the assumption that the Court will see right through the ruse and the deception will not have any effect on the child custody determination. Furthermore, it is not uncommon for the parent being accused of domestic violence to believe that they can simply appear in court and explain away the allegations.This is especially true for those that have never been formally charged with domestic violence or arrested for a violent crime.

However, this assumption is quite misguided. It is true that the Court is aware of how commonplace false allegations of domestic abuse are, especially in Las Vegas child custody cases. However, due to the serious nature of the alleged offense, Judges are obligated to carefully consider any claim of violence against a parent. In a child custody case, the ultimate goal is to ensure that any custody determination will serve the child’s best interests. Placing a child with a parent prone to violent behavior certainly would not be in line with that standard. Therefore, all allegations will be taken seriously, even if they happen to be false. Nonetheless, since the Court knows that false claims are often made as a tool of leverage, an adequate defense can defeat still defeat an untruthful accusation.

The best way to defend yourself against a domestic violence claim is to contact a lawyer as soon as possible. Experienced family law counsel can help you effectively navigate this process so that these allegations do not hinder your ability to obtain a favorable custody ruling. Your attorney will assist you in deciding on the best course of action for approaching the child custody proceeding. This will include presenting any evidence that negates the truthfulness of the other parent’s claims. Such evidence may include:

It is important to note that Judges aren’t interested in a simple retelling of your version of events. They desire evidence that supports your claim and defeats that of the other parent. This is why It is vital that you refrain from self-representation and contact a lawyer immediately to preserve your rights. Contact my office today to speak with a Las Vegas child custody attorney.