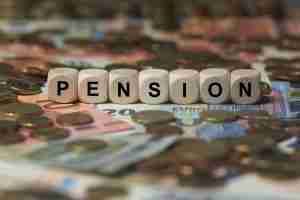 This is the second post in my series on common issues that arise during a military divorce or child custody dispute. My last post served as a general overview of topics that we will be discussing throughout this series. I also stressed the need to discuss your matter with an attorney. In this article I will be discussing a common concern that both parties often have during a Las Vegas military divorce – how a pension will be divided. If you need help in such a case then contact my office today to speak with a lawyer.

The state of Nevada considers military pensions to be community property

During the divorce process, both the civilian partner and the military service person are generally concerned with how and if the military pension will be divided. The short answer is that, in Nevada, a military pension that was earned during the marriage is considered community property and is to be divided amongst both partners equally. Pensions are considered to be part of the community because income during the marriage is reduced in exchange for the deferred pension benefit. Therefore, the civilian partner is entitled to a portion of the pension for however many years the couple was married.

However, the division of a pension may change slightly from state to state. The Uniformed Services Former Spouses’ Protection Act (USFSPA) is a federal law that gives State court the authority to divide military pension however it is deemed fair. In order to file for divorce in Las Vegas, Nevada, one partner must have resided within the state for at least six weeks. For couples who own property or pay taxes in multiple states, the question of where to file for divorce can come into play. In order for a state to have the authority to divide a pension, the couple must file in the state that is the military member’s legal residence. If a couple is in the process of moving from one state to another, it may be beneficial to know how each state divides a military pension, and time the filing of divorce accordingly.

During the divorce process it is important for both partners to disclose an accurate list of total assets in order for the attorneys, and the Court, to divide the community property equally. This not only includes a military pension, but can also include Survivor Benefit Coverage (SBC), as well as all property, bank accounts, and other assets. The Court will total up the monetary value of all assets and then begin to divide them equally. If the military person wishes to keep a larger portion of the pension, they may be able to negotiate and give up a large asset, such as the house, in exchange. The Court’s largest concern will be that the total monetary value of all assets is divided equally.

It is important that your Las Vegas family law attorney have experience in calculating complex assets. In order for a military family’s assets to be divided fairly, it is important that they be correctly tabulated in the first place. Our office understands how to correctly assess pension plans and have been successful in helping military servicemen and civilian partners. Contact our office today to speak with a lawyer.