This is the final post in my series discussing reasons why a premarital agreement could be invalidated during a Las Vegas divorce. 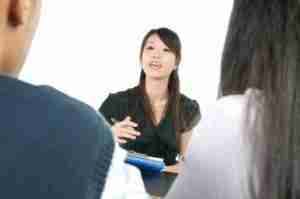 Throughout this series, I have discussed several issues that come up often during contentious divorces in Nevada. When a couple signs a premarital agreement prior to marriage, one or both spouses can be understandably shocked if the agreement doesn’t stand in Court during a later divorce. The topics I have discussed during this series are meant to alert couples to the problems that can occur if certain precautions aren’t taken when drafting a premarital agreement. Topics that I have covered include:

Throughout this series, I have stressed a number of basic tips couples should adhere to if they wish to draft a legitimate premarital contract prior to a Las Vegas wedding. The first thing to remember is that both parties must disclose all assets in order for a proper document to be drafted. The second is that a prenuptial agreement must be reasonable and fair to both parties. Thirdly, it is not possible to waive future child support in a premarital agreement, as, child support is ordered by the State. And finally, it is a good idea for both spouses to hire independent counsel to review the document and ensure that the individuals’ best interests are being met. These bare bone basics are some of the most common reasons why a premarital agreement may be thrown out of Court during a divorce proceedings. By taking basic precautions a couple can reasonably expect for their agreement to later hold up in family Court.

If you are getting married in the Las Vegas area, and are interested in having a premarital agreement drafted prior to your wedding, contact our family law attorney today.