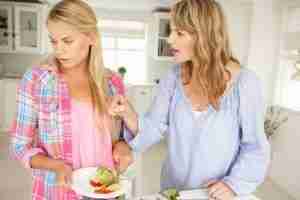 Throughout this series I have attempted to answer the questions that I am frequently asked by parents who are granted supervised visitation. I have discussed issues such as:

Throughout the series I have strived to emphasize that supervised visitations are not ordered as a punishment to the parent but as a way to protect the children. It is the Court’s job to protect children from any situation that may be harmful or dangerous. Unfortunately, this may mean requiring parents to spend time with their children in a controlled environment that can guarantee safety. The state of Nevada strongly believes that children are best served when they are able to have a meaningful relationship with their parents. It is almost always the Clark County Family Court’s goal to help a parent regain joint custody of their child if that is the parent’s wish. Parents should not view supervised visitation as the Court being vindictive but rather as a wake up call to fix any problems that may exist in the parent’s life.

If you are a parent and are concerned over your child visitation arrangements then it is important to consult with a Las Vegas family lawyer right away. Contact our office today for a consultation.