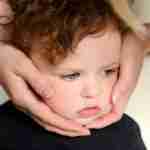 This is the second post in my series on how drug use impacts child custody cases in Las Vegas, Nevada. My first post discussed how Clark County Family Court Judges typically react in cases involving illegal narcotics. This article is meant to help you understand how to begin the process if your child’s best interests are threatened by drug use of the other parent.

If you are involved in a Las Vegas child custody dispute and the other parent is using drugs then you should begin the legal process immediately. The first step of modifying your custodial arrangement is to file a motion to modify custody. A motion is how you request something from the Court. A motion to change custody must show that circumstances have changed since the Court’s last custody order and that a new custodial arrangement is in the child’s best interests due to the changed circumstances. Las Vegas Family Court Judges will almost always consider drug or controlled substance use to be sufficient “changed circumstances” when considering a custody motion. Also, a change will likely be in the child’s best interests since drug use limits the ability of one to meaningfully care for a child.

Once your motion is filed then it will be important to request an “Order Shortening Time.” This is an Order stating that the motion shall be heard by the court immediately rather than the typical 4-6 week time frame that it takes to appear in the Las Vegas Family Court. Obtaining an order shortening time is important as you do not want to give the other parent time to clean up their system before the court date. At the initial hearing the court will send the other parent for immediate drug testing (the parent will have to attend testing within a matter of hours after the court appearance) and the Judge will receive the results of the drug test almost immediately. If the test comes back positive then a court hearing will be held immediately. Depending on the type of drugs in the other parent’s system, and the levels of substances in their blood, the Court may order that visitation be supervised until a trial is held.

Parents quite often wish to change custody but are nervous about beginning the process. If the other parent is abusing illegal narcotics, or other controlled substances such as prescription medications, then your child’s well-being may very well be at risk. If this is the case then you should not hesitate and a Las Vegas child custody lawyer should be contacted immediately. The longer you wait to file then the more your are facing potential harm to the child.