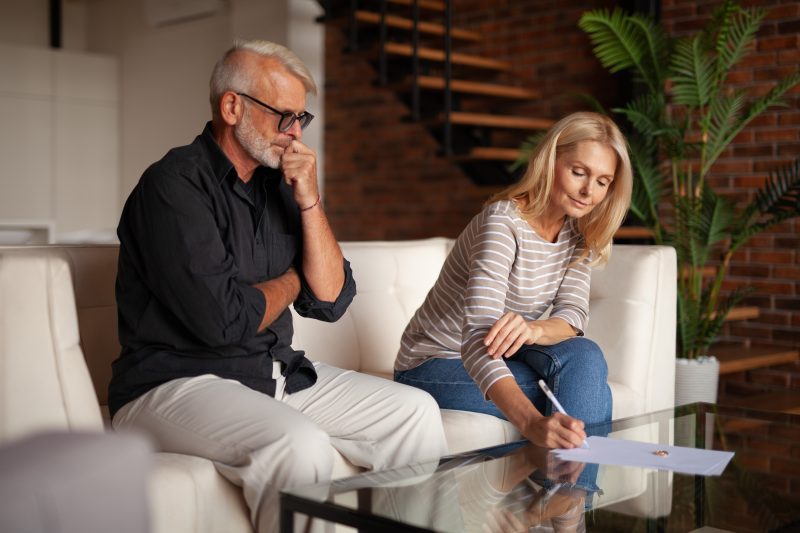 A legal separation is a court-ordered arrangement allowing a married couple to live separate lives. If you receive a legal separation, you are entitled to essentially all of the legal protections of a divorce but you are technically still married. When receiving a legal separation, the judge will divide all property and debts, order alimony, and award child custody and support. Just like in a divorce, the way that property and debts will be divided will depend on the state’s method of distribution. Nevada is a community property state which means that each spouse is considered a joint owner of nearly all assets and debts acquired during the marriage. However, property owned by one spouse before marriage, as well as gifts and inheritances received during marriage, do not count as community property.

On the other hand, a postnuptial agreement is simply a contract signed after marriage in order to settle affairs and divide assets in the event of a divorce. This type of agreement does not become enforceable until the divorce action takes place. Moreover, postnuptial agreements may not include child custody or support issues as such provisions are unenforceable. These matters are generally decided by a judge in the event of a separation or divorce in order to ensure the ruling is in the child’s best interests. Such agreements are typically useful for couples who are having marital problems but are not quite sure that they want to go their separate ways.

There are multiple reasons that couples may opt for a legal separation. For starters, many individuals decide to legally separate as opposed to getting a divorce for religious reasons. Some couples may elect a legal separation due to insurance and other benefits as well. A legal separation offers the same protections of a divorce but can possibly still allow you to be on your ex’s health insurance. There are also situations where couples must be married for a bit longer in order to share their spouse’s pension. If you or your spouse still want your ex to be entitled to their share of your pension, then a legal separation may be the best option for you. However, a legal separation may not be a good idea if you are simply going through a rough patch and think you may get back together. While a legal separation is more casual than a divorce, it is still an enforceable Court order. If you are not certain with your decision to separate, a postnuptial agreement may be a better option as it still offers some protections. For instance, you will be able to decide on who receives certain property and who is responsible for certain debts in the event you do decide to divorce.

Opting whether to legally separate or enter into a postnuptial agreement is an extremely difficult decision to make. You should not deal with such situations alone as it can be very overwhelming. You should be aware of all of your options and the potential consequences before making such a decision. Retaining an attorney to assist you will ensure that your rights are protected. I am a Las Vegas family lawyer who devotes her practice to the handling of domestic relations law. I am experienced in handling marriage termination matters. If you are in need of assistance then contact my office today to schedule an initial consultation.