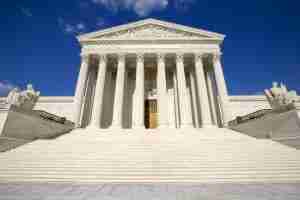 This is the next post in a series of articles discussing child custody appeals in Las Vegas, Nevada. My previous post explained what parents may expect during the appeal process. It is important to understand that an appeal is merely a review of the lower court’s decision-making and not a new trial. The Court of Appeals’ authority is limited to reviewing certain issues, such as the trial court’s misapplication of a legal standard or incorrect admission or exclusion of evidence. In this post, I will review the potential outcomes of an appeal and what each outcome means with respect to the case. If you need assistance with a custody matter, contact my office today to speak with an attorney.

At the conclusion of a child custody appeal, the Court of Appeals will do one of three things. If the Court agrees with the trial court’s decision, it will deny the appeal and affirm the original order. If affirmed, the order issued by the trial court will remain in place or, if a stay was issued pending appeal, the stay will be lifted and the order goes into effect. Alternatively, if the Court decides that the lower court made a mistake in its analysis, it may remand the case for a new trial. The Court’s ruling will state their reasoning and may provide guidance to the trial court to correct the issue in the new trial. If the record of the trial contains enough information to allow the Court of Appeals to make a factual determination on its own, it may reverse the trial court’s ruling and issue its own finding, without requiring a new trial. The outcome of every appeal is highly fact-specific. Consider the following example.

Mom and dad share equal custody of their child. He requests permission to relocate out of state with his son to accept a new job. He bases his request on the fact that she has a medical condition, which causes sporadic attacks, leaving her unable to care for the child. Mom challenges this assertion with evidence that she has not suffered an attack in over five years and is capable of caring for the child. Just days before the trial, dad’s attorney submits testimonial evidence from a physician confirming that she still suffers from the condition and may have attacks in the future. During the trial, dad indicates that he will allow the child to spend summers with his mother if the move is approved. The trial court grants dad’s motion. Mom appeals the trial court’s decision. The Court of Appeals may rule that the physician’s testimony should not have been admitted into evidence because failure to disclose evidence within specific deadlines before the trial was against the rules of evidence. On this basis alone, it could remand the case for a new trial. The Court may determine that the record of the trial contains enough information that it can conduct its own factual analysis. If so, the Court may decide that the testimony regarding mom’s potential future attacks, even if it had been admitted, was mere speculation. The fact that the father was willing to allow the child to spend summers with his mother, despite his concerns about her condition may also impact the Court’s decision.  On these grounds, the Court of Appeals may conclude that it is in the best interest of the child to stay with the mother and reverse the trial court’s decision.

It goes without saying that every case will involve unique facts, evidence, and reasoning by the trial court. An experienced appeals attorney can review your case and advise you about the possible outcomes of your appeal. If you need assistance, contact my office to speak with a Las Vegas lawyer.