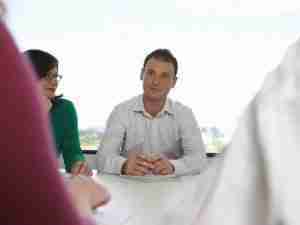 This is the next post in my series discussing common reasons why Nevada prenuptial agreements may be invalidated in Court during divorce proceedings. My last post discussed why hiding assets may lead to an agreement being thrown out of Court in a Las Vegas divorce. In this post I will discuss why it is important for both parties to retain independent counsel in order to ensure that a prenup will be considered valid in the future.

The state of Nevada does not require both parties to retain separate attorneys in order to draft a valid prenuptial agreement. It is quite possible to have a valid agreement drafted, that is fair and will hold up in court, by one attorney. However, Nevada requires that a prenuptial agreement be drafted in good faith and this is where both persons retaining counsel can protect the validity of the document.

When a person signs a prenuptial agreement, they are essentially entering into a business contract that may dictate future spousal support, the division of property, or the execution of a future will. Depending on the assets and net worth of the individual spouse’s, this may be a complicated document. In the event of a divorce, a prenuptial agreement may be invalidated if one spouse can prove that 1) they were not given an opportunity to seek counsel, 2) that they were not able to understand the document that they were signing, and 3) that the document attempted to cheat the spouse in a way which would have likely been prevented by an attorney. In this scenario, a spouse has an argument that document is “unconscionable” and that the other spouse entered into the marriage in bad faith. Las Vegas, Nevada Family Courts may be quick to strike down a premarital agreement under such circumstances

With that said, different couples have different needs and not all people require two attorneys. It may be that the couple in question has a straight-forward list of assets that they want listed as separate property, that both have the education and the financial knowledge to make an informed decision, and that both are able to speak intelligently about the financial issues at hand. In this case one person may suitably draft the document. The important thing a Court will look at is if one partner dictated all of the terms and if the document is one sided. When a prenuptial agreement does not have any controversial terms to contest, and is fairly straight-forward in nature, the document may not be invalidated simply because the parties did not hire separate attorneys.

If you are planning a wedding in Nevada and would like more information regarding prenuptial agreements prior to marriage then contact my Las Vegas family law office today.