Is a Nevada Prenuptial Agreement Invalid if All Assets are Not Disclosed? 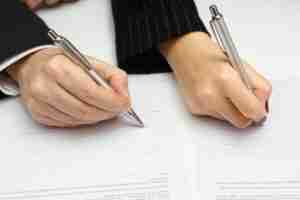 The short answer is possibly. One of the most common reasons a prenuptial agreement is successfully invalidated in Court is because one spouse failed to fully disclose all of their assets. The reason for this is simple; marriage is a binding contract in the eyes of the law. A prenuptial agreement simply spells out the specific terms of that contract. It is considered fraudulent to purposefully withhold information in business contracts, especially when a reasonable person considers such information necessary when making decisions. The same is true for marriage and a prenuptial agreement; Nevada Courts expect both parties to honestly disclose all information that is related to the purpose of the topic at hand. If all the assets are not disclosed then a spouse may argue that their decision regarding whether to sign the agreement was impacted. This argument is frequently successful in invalidating otherwise legitimate prenuptial agreements.

Nevada prenuptial agreements also require couples to disclose all debts that they may have. Community debts are divided equally in a divorce. Failing to mention significant debt is a serious omission when creating a document that lists assets and personal worth. It is not uncommon in Las Vegas divorces for one spouse to challenge a prenuptial agreement due to outstanding debt. A Judge will not look at this person sympathetically if it is found that this debt existed prior to marriage and was hidden from the future spouse.

What a prenuptial agreement is not required to do is speculate about the future worth of separate property. For example, if one party owns stock prior to marriage, and its value increases over the course of the marriage, then that person is not penalized for the increase. If the party’s stock was listed as separate property in the prenuptial agreement then it will generally remain separate property even if the stock grew significantly in value over the course of the marriage. The same is true for other property; if a spouse owned property prior to marriage, which appreciated in value over time, then the other spouse is not entitled to the growth in value as long as the property was not co-mingled with other assets.

When drafting a prenuptial agreement, the Clark County Family Court is looking for honesty and transparency. A forensic analysis of finances is not necessary but if there is credible evidence that one party purposefully attempted to hide assets from a future partner then that is a reason to invalidate the agreement. The best policy is to begin the marriage honestly. If you live in Las Vegas and wish to draft a prenuptial agreement prior to marriage then contact my office today.