Litigating Issues After An Uncontested Divorce In Las Vegas, Nevada 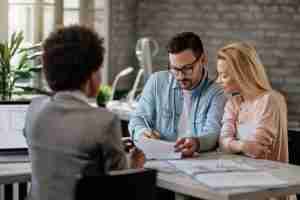 This is the next post in a series of articles discussing uncontested divorces in Las Vegas, Nevada. My previous article stressed the importance of working with an attorney when considering uncontested divorce as an option to end your marriage. Doing so can help ensure that both parties understand their legal rights, that the required Court filings are prepared correctly, and that all material issues are addressed. Incorrect or incomplete filings can lead to delays, rejected documents, or mistakes resulting in significant financial consequences. In this article, I will discuss the circumstances under which individuals may return to Court to re-litigate an issue previously handled in an uncontested divorce. If you need assistance, contact my office today to speak with a lawyer.

After an uncontested divorce is finalized, it is not uncommon for one or both parties to feel unhappy about how issues were resolved in their settlement agreement. Whether one spouse believes they are paying too much (or not receiving enough) in alimony, in child custody, when visitation issues arise, or property division disagreements ensue many divorced individuals seek advice about reopening their divorce case. As previously discussed, when a couple dissolves their marriage through an uncontested divorce process, they often waive their rights to relitigate the agreed upon issues. There are, however, limited circumstances under which the ex-spouses may find themselves back in Court to resolve such matters.

For instance, as a general rule, the Clark County Family Court will reconsider matters of child custody if the family’s circumstances have changed since the original order was issued such that the current arrangement is no longer in the child’s best interest. Situations involving a parent’s relocation, drug use, or incapacity, for example, may justify a custody modification. The Court may reevaluate child support payments on a periodic basis under Nevada law if one parent’s income has significantly changed. Ongoing spousal support payments are another common source of disagreement between ex-spouses. If a divorce settlement specifically states that alimony payments are modifiable in the future, it may be possible to relitigate the payment obligation if, for instance, one party’s income has increased or decreased. If the original order states that spousal support is non-modifiable, then the parties may be stuck with the alimony award as originally agreed. Furthermore, should a spouse fail to comply with the settlement agreement, such as failing to pay their portion of the marital liabilities or sell a marital residence, it may be possible to initiate legal proceedings to enforce the terms of an existing order and, in some cases, hold the non-complying party in contempt.

It is important to understand that divorced individuals cannot go back to Court to argue over issues previously resolved simply because they change their mind about their earlier settlement. Spouses who hastily agree to settlement terms for the purpose of expediting the uncontested divorce process may be permanently impacted by their initial decisions. For these reasons, it is imperative to review your case with an attorney and understand how your rights may be affected by the uncontested divorce process. If you need assistance, contact my office to speak with a Las Vegas lawyer.