Issues That May Be Appealed In Las Vegas, Nevada Child Custody Cases 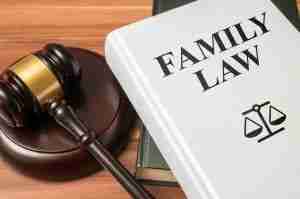 This is the next post in a series of articles discussing child custody appeals in Las Vegas, Nevada. My previous article focused on the differences between a child custody trial versus an appeal of the trial court’s ruling. The rules and procedures that apply to the appeals process are quite different from those applicable to the trial phase of the case. In particular, it is important to realize that an appeal is not a new trial. Rather, an appeal is a review of the lower court’s decision-making process. In this post, I will address the types of issues that Las Vegas parents may appeal following the end of their custody trial. An experienced family attorney can provide guidance throughout the appeals process. If you need assistance, contact my office today to speak with a lawyer.

Las Vegas child custody trials are heard by the Clark County Family Court. In certain circumstances, the trial judge’s ruling may be appealed to the Nevada Supreme Court. These cases are most often heard by the Court of Appeals. It is important to understand, however, that not every case is appealable. Specific questions must exist regarding the misapplication of Nevada law to the facts of the case or the improper admission or exclusion of evidence at trial in order for a case to be appealed. The Court of Appeals does not have the authority to consider new facts that were not presented at the trial level. Whether an appeal has a chance to be successful revolves around these common themes.

Under Nevada law, trial court judges must consider the “best interests of the child” when ruling on child custody issues. There may be times, however, when the trial judge fails to apply the legal standard correctly, either due to misinterpretation of the facts or by misapplying the legal standard. In such cases, a Las Vegas parent may seek an appeal of that decision. For example, suppose a judge grants sole custody to a mother because she lives significantly closer to the child’s extracurricular activities. The Court of Appeals may determine that the trial court weighed extracurricular activities too heavily in its analysis and should have placed a higher premium on preserving the father’s parental rights. If so, the Court of Appeals may overturn the decision on appeal in favor of the father. The trial court’s and Court of Appeals’ rationale will, for obvious reasons, differ from case to case depending upon the specific facts and evidence presented.

The Court of Appeals may only consider evidence entered into the record during the child custody trial. No new testimony, documentary evidence or other facts may be presented during the appeal. It is common, however, for the Court of Appeals to evaluate the lower court’s decision to admit or exclude evidence in the original case. Like other types of legal proceedings, specific rules of evidence govern whether or not certain facts, documents, and witness statements can be used in a custody case. The rules require, for instance, that some types of documents must be authenticated by a witness to be considered valid. Other considerations, such as whether a party objected to a witness statement at the trial may also be considered on appeal. For example, if the trial judge admitted testimony about one parent’s intent to seek employment out of state in the future, the Court of Appeals may decide the testimony was merely speculation and should not have been allowed to impact the trial court’s decision. If the admission of such evidence impacted the outcome of the case, then it may be an issue to challenge on appeal.

As an experienced family lawyer, I understand that receiving an unfavorable custody ruling at trial can be devastating. I also know that the appeals process can confuse overwhelmed parents. If you are involved in a potential appeal, please contact my office today to speak with a Las Vegas custody appeals attorney.