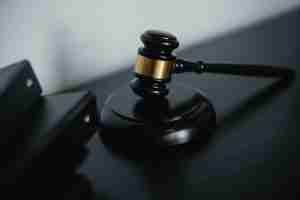 This is the first post in a series of articles which will address issues which commonly arise in Las Vegas, Nevada child custody appeals. I’ve previously written on the handling of custody appeals as a general matter. While that series of posts discussed what to expect from the process, this series will address more specific questions which parents tend to ask. I feel it is necessary to write on this topic as the appellate process is something that can seem overwhelming to parents. The goal of this series is to provide information which will make the process seem less overwhelming. If you or a loved one believe that the Clark County Family Court made a mistake, then it is important to understand that you only have a limited amount of time to file an appeal. Contact my office today to speak with an appellate lawyer if you need assistance.

I am addressing these topics for multiple reasons. First, the filing of an appeal is a multi-step process and if various deadlines are not met then a parent will lose their opportunity to move forward with the appeal. Second, a parent’s chances of winning an appeal will depend on the types of issues which they are challenging. Third, filing an appeal due to a Judge’s factual findings, while more difficult, is possible if the Judge’s findings are not supported by the evidence. Finally, challenging a District Court Judge’s application of the law or evidentiary rulings can result in a matter either being remanded for a new trial or reversed outright.

One point I cannot stress enough is that you should contact an attorney immediately if you believe the Judge has made an error in your custody decision. If your Notice of Appeal is not timely filed, then you will lose your ability to challenge the District Court’s ruling. As a Las Vegas custody appellate lawyer, I am familiar with the handling of such matters. My office prides itself on providing quality service and we look forward to speaking with you. Contact us today.