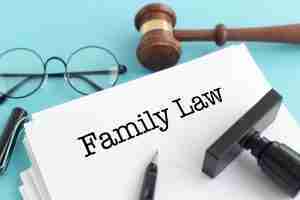 It is important to remember that in any child custody case, the Court’s sole concern will be with the best interests of the child. Needless to say, exposing said child to the violent acts of a parent is not likely to be considered in that child’s best interest. If evidence suggests that violence likely occurred, then the offending parent may be presumed to be unfit. This presumption could result in the accused being unable to share custody with the other parent. However, this is not necessarily a foregone conclusion. An offending parent may present evidence that overcomes that presumption.This means that the accused will have to convince the Court that it is in the child’s best interest that child custody be shared between the two parents, notwithstanding the domestic dispute. Since courts often take a hard line on abuse or violence, this can be a difficult presumption to overcome.

It is imperative that one understand that a court may find that domestic violence occurred even in the absence of an actual conviction. This means that even if you were not arrested for domestic violence, a judge can find that violence likely occurred by listening to witness testimony, viewing photographs, and considering other evidence. It is important to note that the standard in a criminal case is higher than the one used in family court. In order to be convicted of domestic violence in criminal court, the state must provide proof beyond a reasonable doubt. However, Family Court  uses the preponderance of the evidence standard, which only requires that the judge believe that it is more likely than not that a violent act was committed. Therefore, you can be acquitted in criminal court and still be penalized in family court for the same act. Conversely, if you are found guilty of domestic violence in criminal court, the family court judge will find that the act occurred on the basis of the conviction alone.

For those that are repeat offenders or are involved in instances of more heinous forms of violence, the Court will likely require supervised visitation. If it is clear that one parent has difficulty controlling his or her temper, then the court will refuse to place the child in such a potentially dangerous environment. If you are involved in a custody dispute involving claims of domestic violence, contact my Las Vegas office today to speak with a lawyer.