How Often Are Child Custody Appeals Won In Nevada? 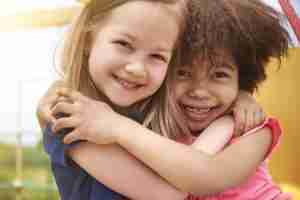 This is the next post in my series of articles on the handling of child custody appeals in Las Vegas and throughout Nevada. My last discussion discussed how to appeal a child custody decision by looking at the process involved in doing so. Unlike many other states, Nevada employs a “fast track” system which allows such matters to be decided more quickly. It is important to understand, however, that failing to follow the rules involved in appealing a decision may result in the appeal not being considered by the Court. You can help to ensure that the rules are properly followed by retaining an attorney who is experienced in handling such matters. In this article I will address the commonly asked question of “how often are child custody appeals won in Nevada?” If you or a loved one are in need of assistance then contact my office today to speak with a lawyer.

There are several aspects of the lower court’s decision which can be challenged when a parent files a child custody appeal in the state of Nevada. A parent may claim that the District Court failed to apply the law properly. The parent can also claim that the court failed to follow proper procedures. Finally, a parent can disagree with how the Court interpreted the facts of the case. The first two of these disputes are typically more likely to succeed on appeal than a dispute over the facts of the case. This is because the law, and procedures to be followed, are something which are not fact dependent.

An appellate court will consider claims that the lower court failed to properly follow the law. Suppose, for example, that a mother moved the child out of state without the father’s permission. The father files a request to change custody in his favor. Now suppose that the lower court held that a parent was not required to gain approval from their counterpart to move the child out of state due to the parents not being married. The Court further held that custody would be awarded to the mother. The ruling regarding gaining permission to move is clearly an error under Nevada law. The appellate court would likely reverse such a decision and remand the matter back to the lower court to determine whether or not permission had been obtained for the relocation. It is important to understand, in terms of this example and with any others throughout this article, that how the Court will rule in any given matter will always depend on the specific facts of the case.

Appellate courts will also consider claims that proper procedures were not followed. Suppose, for example, that a parent sought to introduce evidence at trial even though the evidence had never been provided to the other side. The opposing side objects to the introduction of the evidence. The lower court allows it admitted, and rules for the first parent on the basis of the contested evidence. In this scenario, the appellate court may remand the matter for a new trial as disclosure requirements typically prohibit last minute “surprise evidence.” Failures to follow the rules of civil procedure, such as this one, are an issue that is typically more likely to succeed on appeal in Nevada.

The lower court will issue a finding of facts as part of its decision. The lower court is considered to be in the best position when it comes to determining what the actual facts of a case are as it is the one who sees the parties in person and hears testimony. An example of such a factual determination would be the Court deciding that a parent did not request permission to move with a child when one parent claims that permission was requested and the other claims it was not. A parent may file an appeal, claiming that the lower court erred in its fact finding. While such appeals may succeed, depending on the specific evidence presented, they are likely more of an “uphill fight” than appeals involving legal or procedural disputes. In other words, the appellate court is more likely to give deference to a lower court’s fact finding. Before deciding whether one wishes to proceed with an appeal, it is strongly suggested that you speak with an attorney as soon as possible.

I am a Las Vegas family law attorney who handles child custody appeals. My office practices exclusively in the area of domestic relations and we understand that this is an important time in your life. Contact us today to schedule an initial consultation. We look forward to speaking with you.