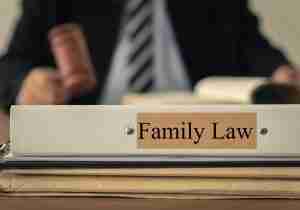 This is the first post in a series which will discuss how to deal with false allegations of domestic violence in Las Vegas child custody cases. I felt it necessary to write on this topic as, unfortunately, it is not uncommon for parents to make false claims about their counterpart in order to gain an advantage in litigation. The goal of my coming articles is to give information which will help people to understand how they should deal with such situations. If you have been falsely accused of a violent act then it is crucial that you immediately contact an attorney. Contact my office today to speak with a lawyer.

I will be addressing several topics over my coming articles. Issues which I will analyze include:

These are important topics to discuss for multiple reasons. First, false claims are sometimes made by those who feel that they can gain a favorable ruling by simply claiming that domestic violence occurred. Second, while it is understandable that one may see false claims as “ridiculous” it is important to understand that the Court will take such accusations seriously and that you must defend yourself. Third, the discovery process can be used to gain evidence showing that the accusations are false. Fourth, making false claims may actually result in the accused party gaining custody.

One point I cannot stress enough is that you should contact a family law attorney as soon as possible if your child’s parent is claiming that you committed an act of domestic violence. This is true even if you were not arrested. Counsel will take immediate steps to dispute any protective orders which have been issued and to ensure that your rights remain protected. Contact my office today to speak with a Las Vegas child custody lawyer.