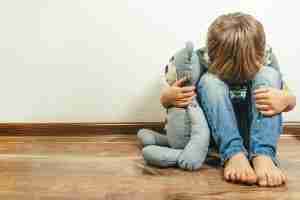 This is the next post in a series of articles addressing specific circumstances in which a parent may seek an emergency change in a child custody order in Las Vegas, Nevada. The previous article discussed cases in which a parent’s criminal activity will be considered an “emergency” for purposes of modifying a custody arrangement. As with other emergency change requests, if the parent’s behavior is inherently dangerous or has created a harmful situation for the child then the court will likely grant such a request. In this article, I will discuss when a parent’s neglect of a child will be considered an emergency justifying a custody change. Your child’s safety is of the utmost importance. If you need assistance with a custody matter, contact my office to speak with an experienced attorney.

I have previously written about child abuse as a reason to seek an emergency modification of an existing custody order. Serious or repeated child neglect will be treated similarly by Nevada courts. That is, if the parent’s neglect is placing the child in danger of imminent harm, a judge will likely approve a request for an emergency change. Neglect may include failing to feed or adequately supervise a child. Other examples include leaving a child who is not mature enough or capable of caring for themselves home alone, living in squalid conditions, or failing to take a child to school repeatedly.

If you believe your child is in imminent danger as a result of neglect, it is important to contact law enforcement as soon as possible. Once the authorities have the situation in hand, you should immediately contact an attorney. Counsel will file an Emergency Motion to Modify Child Custody and request that the court hear the matter on an expedited basis. If the other parent was arrested or the police identified evidence of substantial neglect, a court will likely modify custody. A judge may temporarily relocate the child with the requesting parent, completely restrict or limit the other parent’s access via supervised visitation, or both pending the outcome of any criminal charges. In extreme cases, law enforcement or CPS may have been notified about previous or ongoing complaints and the child may have been removed from the home. Under these circumstances, the court and CPS may need to verify that the other parent’s home is acceptable prior to relocating the child there. The court will also schedule “status check” dates to review the progress of any police or CPS investigations or criminal charges. Judges typically postpone making any permanent custody changes until the CPS investigation has concluded.

If you suspect that your child is being neglected but are not sure whether the behavior justifies involving CPS or seeking an emergency change in custody, talk to an attorney as soon as possible. Initiating a CPS investigation when not warranted will not be viewed favorably by a judge. It is important to distinguish between dangerous situations versus differences in opinion over parenting styles. For example, a person’s failure to maintain a spotless house is not child neglect, however, a child’s exposure to dangerously unsanitary living conditions may be grounds to involve the authorities. A parent’s behavior may in fact justify a change in custody but not through non-emergency proceedings.

Child neglect cases can be emotional and stressful. As a Las Vegas family lawyer, I am committed to helping my clients by providing the highest level of customer service and respect throughout this difficult process. If you need assistance, contact my office today to speak to an attorney.