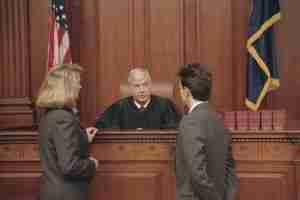 This is the second post in a series of articles discussing specific circumstances in which a parent may seek an emergency change in a child custody order in Las Vegas, Nevada. The previous post provided an overview of the situations that will be explored throughout this series. It also stressed the importance of retaining an experienced Las Vegas family law attorney to help you navigate this often contentious process. Your child’s safety is of the utmost importance. A lawyer can help you understand how and when you may protect them from danger by seeking an emergency custody modification. This article will review when drug use by a parent may result in an emergency change in custody. If you need assistance, contact my office today to speak to an attorney.

As I have previously discussed, for a judge to consider an emergency custody change, the child must be in serious danger of imminent harm as a result of the other parent’s behavior. In the context of drug use, the Court’s approach to cases involving “hard drugs” will be very different than it is in matters involving the use or abuse of prescription substances or marijuana. The mere possession of harder substances, such as heroin, methamphetamines, cocaine, etc. is a criminal offense. Possession of or use of these drugs around the child will be viewed as a danger to the child’s well-being and considered an emergency, justifying an expedited custody change.

If a parent is suspected of misusing prescription medication or smoking pot, on the other hand, a judge will not typically view this as an emergency unless evidence exists that the child is in immediate danger as a result. For example, if a parent is constantly high and has been driving the child while impaired, this may justify expedited action. It is possible that this behavior, even if not grounds for emergency action, may still lead to a custody change if determined to be adverse to the child’s best interest. It is more likely, however, that the Court will schedule a hearing to understand whether a non-emergency change in custody is appropriate. The occasional use of marijuana in Las Vegas or valid use of legally prescribed medications taken as prescribed, on the other hand, is not grounds for changing custody, even on a non-emergency basis.

The first step in requesting an emergency custody hearing is to file a Motion with the Court. It will also be necessary to file a request that the Court hear the Motion on an immediate basis. An initial hearing will be held quickly, after the other parent is given at least one days’ notice. At the expedited hearing, the Court will order the parent suspected of drug use to submit to a drug test. Once the results of the test are available, which can happen quickly, the judge will decide whether the circumstances justify an emergency modification of custody. The judge may make a change on a temporary basis, with a more permanent decision being made after a future hearing. Where no emergency cause for a custody change exists, the judge may decline to make any temporary change and postpone the matter altogether for a future hearing. If the Court feels a trial is justified then discovery will begin shortly after the initial hearing. If custody is changed on an emergency basis as a result of hard drug use, then the Court may require that the other parent’s visitation be supervised pending the outcome of drug tests and regularly scheduled status checks. The Court’s decisions will be based on the specific facts and circumstances of each specific situation.

As a Las Vegas family lawyer, I am committed to helping my clients by providing the highest level of customer service and respect throughout this difficult process. If you need assistance, contact my office today to speak to an attorney.