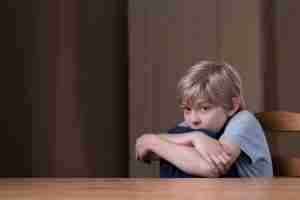 This is the first post in a series of articles addressing specific circumstances in which a parent may seek an emergency change in a child custody order in Las Vegas, Nevada. I have previously addressed this topic in a number of posts, including a discussion about child abuse as a justification for emergency action. I feel it is important, however, to delve deeper into other situations that the Clark County Family Court may consider urgent enough to justify a revision to a previous custody order. As always, if you believe your child may be in imminent danger, contact the police immediately. If you need assistance seeking an emergency modification to a custody order, contact my office as soon as possible to speak to an attorney.

In this series, we will explore the following situations which may give rise to an emergency child custody change:

It is important to understand that Family Court Judges will only consider situations to be “emergencies” under specific situations. These situations typically entail some type of immediate danger or threat to the child. First, such instances may include a parent who is using “hard” drugs when the child is present. Drugs such as heroin or methamphetamine may be treated differently than validly used prescription drugs or marijuana. Second, an emergency may be deemed to exist in cases involving a parent who is endangering a child by abusing alcohol on a regular basis. Third, if a parent is committing criminal activity in the presence of a child, a Court will also often consider this to be an emergency. Last, for obvious reasons, the Court will often modify an order if there is reason to believe that a child is being seriously neglected by a parent while in their care.

As a concerned parent, one may believe grounds exist to seek an emergency custody change. These issues are often emotionally charged and contentious. I cannot overemphasize the importance of retaining an experienced Las Vegas family lawyer to review your case and represent you during the process. Contact my office today to speak with an attorney.