Are You Eligible to Ask the Clark County Family Court for a Child Support Modification? 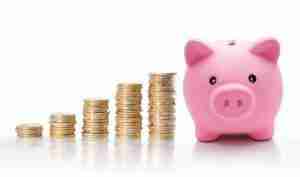 This is the next post in my series discussing the process of asking the Clark County Family Court to modify an existing child support order. My last post provided an overview of topics which I will be discussing over the course of this series. In this article I will explain who is and who is not eligible to receive a modified child support payment.

If parents have joint custody, child support payments are based on considering both parent’s income. For example, if parent 1 earns $1000 a month, and parent 2 earns $2000 a month, parent 2 would have to pay parent 1 a monthly amount set on the basis of parent 2 earning twice as much money.

It is important to understand that the Courts make child support determinations based only on income and not on the parent’s expenses for the child. This means that it does not matter how much either parent spends on food, clothing, entertainment, school supplies, or extracurricular activities for the child. In extraordinary circumstances a parent may be able to argue that their child meets an exception in which the Court should consider setting support outside of the standard formula. For example, if the child is extremely gifted and requires money for specialized lessons or training. But this example would be very rare. In the outstanding majority of cases a Judge will simply tell a parent to learn to live within their means if they attempt to argue that they need more money than they are entitled under the State’s formula.

If you are a parent and either pay or receive child support, you likely require a modification if you have experienced a significant change in income. Contact our office today and schedule a consultation with our Las Vegas child support attorney.