Does My Premarital Agreement Protect Assets I Earn During Marriage? 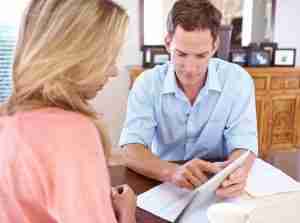 This is the next post in my series discussing why premarital contracts may be invalidated during a Nevada divorce. My last post discussed why co-mingling assets is often a reason for certain parts of a prenuptial contract to be invalidated. In this post I will explain whether or not your contract can designate assets and debts earned after marriage as being separate.

The question as to whether or not assets and debts can be kept totally separate during the marriage is complicated. The short answer is yes; a couple may choose to keep separate bank accounts, split the bills, and alternate whose name to put large assets in. This typically works best if both spouses have high paying jobs, and would not require spousal support from the other in the event of a divorce.

However, Nevada law requires that a premarital agreement be “consciousable” and that it not be blatantly unfair against one spouse. This means that if one spouse is the clear breadwinner at the beginning of marriage, and the other spouse does not work, it would not be fair to write the premarital agreement in a way that would leave the nonworking spouse penniless in the event of a divorce. For a premarital agreement to be considered valid in this event then the working spouse may have to include a reasonable spousal support amount. A contract that clearly favors one spouse over the other runs the risk of being invalidated by the Clark County Family Court. .

There are some events in which it may be important for one spouse to protect themselves from the other spouse’s debts. One example of this may be if one spouse is beginning a business and has to take out a sizable business loan. A premarital contract can be written in a way which clearly states that the business is owned and operated by one individual, and that person also takes responsibility for all business debts. However, it is important that the premarital contract specify how new debts will be handled. If payments for a debt are made out of community funds then it may be possible for both spouse’s to be held accountable for the debt. If either spouse is concerned about incurring debt over the course of the marriage then it is important to discuss these issues while drafting the premarital contract.

If you would like more information about keeping assets and debts separate during the course of a marriage then contact a Las Vegas, Nevada family law lawyer today.