Divorcing After A Legal Separation In Las Vegas, Nevada 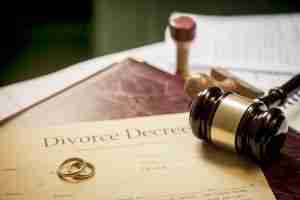 This is the next post in a series of articles discussing separate maintenance, also known as legal separation, in Las Vegas, Nevada. My previous post discussed how child custody issues are handled in a legal separation. Similar to a divorce, all matters related to the care and custody of children must be resolved during the separate maintenance process. These include physical and legal custody determinations, visitation schedules, and child support. Custody orders obtained during a legal separation have the same legal impact as do orders obtained in a divorce. They are permanent and legally binding on both parents. Custody matters can be hotly contested. With so much at stake, it is imperative to retain an attorney to assist you. In this post, I will discuss issues that arise when legally separated spouses decide to formally divorce. If you need assistance, contact my office to speak with a lawyer.

There are a variety of reasons that legally separated spouses choose to permanently divorce. For some couples, a separate maintenance arrangement is an interim step which legally handles their affairs while they consider whether they want to formally divorce. Others may wish to remarry or want a divorce for financial reasons. In all cases, divorcing after a legal separation can be fairly straightforward so long as the parties have complied with the terms of their separate maintenance agreement or order. Couples who follow their order will not have inadvertently acquired any new community property or joint debts, commingled their money, or taken other actions that will create new issues that the Court must resolve during a subsequent divorce proceeding. On the other hand, couples who separate, but elect to disregard their separate maintenance arrangement may be required to litigate their divorce through contested proceedings.

Consider the following examples. Tom and Sally legally separate after 10 years of marriage. In their separate maintenance order, their joint assets and debts were divided and Sally was ordered to pay alimony for three years. Sally moves to Ohio, where she has lived apart from Tom for five years. Tom wants to remarry so he and Sally file for divorce. Because they have been living separate lives and there are no open and unresolved issues between them, they can file for an uncontested divorce and end the process swiftly. Now suppose that a year after they separated, Tom and Sally move back in together to give their marriage another try. They ignore their agreement, suspend alimony payments, open a new joint bank account, and buy a new house together. The attempt to resurrect their marriage fails and they decide to divorce after another year. At this point, they have created open issues related to Sally’s alimony obligations, dividing their commingled assets in the joint account, and dividing the community property and debt related to the house. These issues must be resolved through contested divorce litigation.

If you have been legally separated in Nevada and have questions about seeking a divorce, my office is ready to assist you. I take pride in providing the highest levels of customer service to my clients and treating every case with the sensitivity and expertise it deserves. Contact us today to speak with a lawyer.