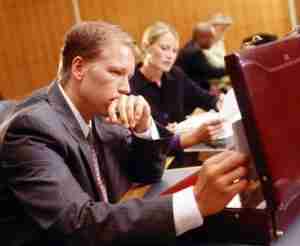 This is the third post in my series on how drug use impacts Las Vegas, Nevada child custody disputes. My last post discussed how to begin the process of changing custody if you believe the other parent is using illegal drugs or abusing controlled substances. It’s one thing to allege drug use and it is another to prove it. I will be using this article to discuss how the discovery process can be used to establish drug use in child custody cases.

Discovery is the process by which information is gained from the other side. Discovery is crucial in child custody cases where abuse of prescription drugs is alleged. If someone has a prescription for a controlled substance then it is a given that they will test positive for it. Using the discovery process to obtain their medical records, however, can establish that the other party is using the controlled substance in excess of their prescription which will typically lead to a Clark County Family Court Judge modifying your Nevada custody Order.

Your Las Vegas child custody lawyer has several ways to obtain information through the discovery process. The other side can be compelled to sign a HIPPA release so that your lawyer can obtain records from medical providers. This will allow your counsel to determine how often the opposing party is gaining prescription refills. Also, the other side can be forced to  sign a release allowing access to Nevada’s controlled substance database. This allows you to determine whether your ex is engaging in drug seeking behavior through multiple physicians. Finally, the Court can order regular drug testing while the case is proceeding to determine the levels of controlled substances in your ex’s system. In other words, if the other side is abusing prescription drugs then properly using the discovery process will allow you to present the needed evidence at trial.

Your lawyer will also be able to use discovery to determine other signs of drug use from your ex. The other side can be made to sign a criminal records release so that you can obtain any records stemming from drug-related arrests. Also, a workplace waiver can be obtained so that you will be able to verify whether the other side has been terminated from a job, or even reprimanded, for the use of narcotics or controlled substances. Having this type of information is critical in any custody dispute as it will be your burden to show that the other parent is using illegal drugs or controlled substances.

It is important that you contact an attorney immediately if you are a Las Vegas resident wishing to modify child custody due to drug use. The discovery stage of a case, which occurs between your initial hearing and trial, is one of the more complicated portions of the case and you need an experienced family law lawyer. In addition to being a complicated part of the case, it is also one of the most important as it is how you obtain the facts and evidence you will use at trial. Contact an attorney immediately if you wish to change custody due to narcotic abuse in Nevada.