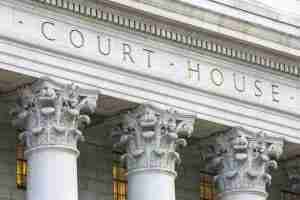 This is the next post in a series of articles discussing child custody appeals in Las Vegas, Nevada. My previous post provided an overview of the topics to be reviewed throughout this series. It also stressed the importance of consulting with a family law attorney as soon as possible following the conclusion of your custody case to determine whether to appeal the decision. Typically, appeals must be filed within thirty days of the final judgement and missing this deadline can prevent the ability to pursue an appeal. Once an appeal is filed, Nevada law establishes the rules and processes that must be followed throughout the process, which are not the same as those applicable to trials. This post will focus on the differences between a child custody trial and an appeal. If you need assistance, contact my office today to speak with a lawyer.

I have previously written about custody trials in the context of divorce proceedings, emergency situations and relocation requests. As noted in those articles, Las Vegas custody trials are heard by the Clark County Family Court. They are bench trials, meaning the hearing is conducted in front of a judge only and will not involve a jury. At the trial, attorneys for both parties will present their respective cases to the judge. This will include making opening statements, presenting evidence supporting their positions, witness testimony and cross-examination, rebutting the other side’s arguments, and closing statements. Depending upon the facts of the case, this process may be more or less complex. The judge will issue a decision at the conclusion of the case.

An appeal is the legal process by which a higher court will review a lower court’s decision and decide whether to affirm, reverse or, in some cases, modify the ruling. Appeals are not a new trial. The parties are not permitted to offer any additional evidence during this stage in the process. Instead, the appeals court will review the transcript of the entire case, including the evidence presented at trial. Lawyers for each party must file a brief, outlining the reasons for seeking an appeal. For example, if the trial judge misapplied the law to the facts of the case or made a mistake in understanding the facts of the case that resulted in an incorrect decision, the appellant’s brief would explain why the ruling should be reversed. The opposing party’s brief would explain why the earlier ruling should stand. In Nevada, custody appeals are filed with the Nevada Supreme Court which may review the appeal itself or assign it to the Nevada Court of Appeals. Child custody appeals are heard on a “Fast Track” or expedited basis. After the briefs are filed, the appellate court will either issue a ruling based on the briefs only or may require oral arguments to ask the attorneys questions about the case if necessary. The parents will not participate directly in this process.

If you are considering an appeal of your custody ruling or must oppose your co-parent’s attempt to appeal, it is important to consult with an attorney quickly to preserve your legal rights. Contact my office to speak with a Las Vegas, Nevada attorney today.