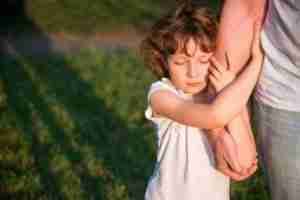 This is the next post in my series discussing how child abuse allegations may have an impact on your child custody case. My last post explained what happens if an allegation of child abuse or neglect is made to Child Protective Services. In this post I will be explaining an area that can be very confusing to people; the difference between criminal child abuse charges and your civil family Court case.

If allegations of child abuse are made then it is important to understand the difference between criminal and family proceedings. Criminal charges mean potential prison time and a criminal record; in Nevada depending on the circumstances and severity of alleged abuse child abuse can be charged as anything from a gross misdemeanor to a felony. Criminal charges are most often filed if Child Protective Services launches an investigation, and finds compelling enough evidence to turn over to the police. The police will then launch their own investigation. If they believe evidence is severe then they will recommend that the district attorney prosecute the alleged abuser. Like any other crime a person is formally charged in an arraignment hearing,and asked to plead guilty or not guilty. From there, all criminal justice proceedings occur and they may culminate with a jury trial. If the parent is found not guilty then they will not have a criminal record or have to serve any punishment. If they are found guilty or take a plea deal then they may have to serve prison time, probation, complete community service, engage in a rehabilitation program, attend therapy, etc.

However, the Clark County Family Court proceedings are separate from this process. The Court will often wait for the CPS case to be completed before issuing a decision in the child custody case. Courts will typically defer to the findings of CPS and the criminal justice process to determine whether or not abuse occurred.

It is common for a change of custody to be filed once a CPS complaint is lodged. It is important that Las Vegas parents, facing such allegations, be prepared for both parts of the process. If you are facing criminal child abuse charges while going through a child custody dispute, it is important to give your family lawyer all of the facts of your case. Contact our Las Vegas office today and schedule a consultation.