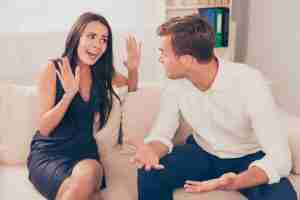 This is the fourth post in my series on dealing with false domestic violence claims in Las Vegas, Nevada child custody proceedings. My last article discussed the need for defendants to take these allegations seriously. I also provided information on how the Court views domestic violence accusations and stressed the importance of retaining counsel. In this article I will discuss the process of defending against false allegations. Contact my office today to speak with an attorney if you need assistance.

Unfortunately, false allegations are not entirely uncommon in cases involving a child custody dispute. Sometimes parents will use these claims as a way to gain leverage and make the other parent seem violent and unfit. As I mentioned in my previous post, those on the receiving end of a false accusation tend to underestimate the effect of such an allegation. Although many courts are aware that not every claim of domestic violence is rooted in truth, they have a responsibility to take such statements seriously. However, this is not to say that a false accusation will automatically serve as the basis for a denial of child custody. In cases where the Court finds that the accusation is false, the accused may actually be the parent that is granted custody. If you have been accused of domestic violence, remember that there are methods of proving your innocence.

The first step in defending against a false claim is to retain representation. An experienced and knowledgeable attorney can assist the one accused  in compiling evidence that proves the allegations are false. These accusations typically hinge on the purported violent behavior of the accused. However, producing communications in which the victim is behaving in a manner inconsistent with one who has been abused can be especially helpful. It also important to contact any available witnesses or individuals who are familiar with both parties to testify on the defendant’s behalf. Furthermore, evidence of contradictory statements through text messages, emails, social media postings, or even police reports are also invaluable. The accused’s lawyer will be able to use the discovery process to obtain this information.

One point that I cannot stress enough is the importance of contacting an attorney immediately after you become aware of the accusation. Since the Court will take these allegations seriously, it is crucial that you formulate a proper defense or the alleged victim may prevail. If you or a loved one has been falsely accused of domestic violence, contact my office today to speak with a Las Vegas child custody lawyer.