How to Defend Oneself From a Las Vegas Temporary Protective Order 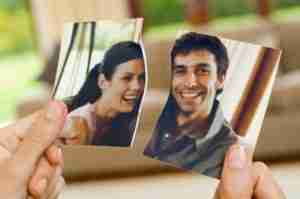 This is the next post in my series discussing Las Vegas TPO’s which stem from domestic violence. My last article discussed what a domestic violence victim can expect to happen during a TPO hearing. In this article I will discuss what actions a person may take to defend themselves if a frivolous TPO has been filed against them.

There are many reasons why a person may request a TPO against another person. Unfortunately, not all of the reasons are for legitimate purposes. A TPO is meant to provide protection when a domestic violence victim fears for their life and safety. This protective mechanism is sometimes used, in a vindictive way, by those who are angry over a breakup, seeking revenge against a loved one or family member, or by a person attempting to gain leverage in a divorce or child custody case. An initial TPO is generally granted for 30 days automatically, without requiring hard evidence, due to safety concerns. The effects of the Protective Order on the person listed may range from merely annoying to highly disruptive, depending on the nature of the relationship with the other person. However, it is often important to take counter action if a TPO has been filed frivolously as allowing such an Order to remain in place may have unforeseen consequences.

When a TPO is taken out under false pretenses then there is almost always a greater motivation that is meant to punish the defendant. A false TPO may effectively evict the defendant out of their home if they live with the other party, may affect your child custody or visitation schedule, can affect your ability to work if you have the same employment as the other party, or may limit the places you are allowed to frequent. If this is a consequence of being named in a Clark County TPO then the first step is to contact a Las Vegas attorney immediately to discuss your options. If you have evidence that the other party has made threats to take a TPO out against you vindictively in the past, such as emails or text messages, then it is important to bring this evidence with you to the attorney’s office along with any evidence of the other party attempting to contact you. Your attorney will discuss your options for requesting that the Protective Order be dissolved as well as whether you wish to file counter-request to avoid harassment.

The most important thing is to never ignore a TPO. Even if you know you have not committed an act of domestic violence or caused the person filing to fear for their safety in any way, a TPO is a legal Court Order. The other party may not absolve you from following the TPO, and you may be arrested and face criminal charges if you do not follow the order. Once a TPO has been filed then you may not “deal with it yourself,” by speaking to the person who has filed. The only course of action is to speak to an attorney and to exercise your legal options and rights.

If you have been served with a TPO that is unjustified, it is important to act quickly and learn your legal options. Contact my office today to speak with a Las Vegas Protective Order lawyer.