When Clark County Temporary Protective Orders Should Name A Child 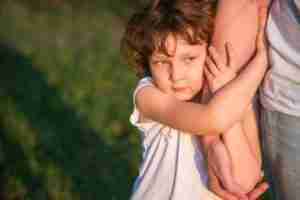 This is the next post in my series on the obtaining of a TPO in Las Vegas due to threats of domestic violence. My last article discussed that filing a TPO against your child’s other parent can impact an open Clark County Family Court case. In this discussion I will be providing more details as to when it is appropriate to name your children in the TPO.

Minor children are not able to apply for a TPO on their own. A parent or legal guardian must apply on their behalf. This is true whether the minor child requires protection from a family member, friend, or stranger. A parent may ask the Court to protect a child if he or she has been the victim of domestic violence and is requesting a TPO on their own behalf. This can be done in one petition; the parent does not have to fill out additional paperwork regarding each child for which they are requesting protection. If other family members live in the household then the parent may also include other names on their petition- for example if an elderly parent or aunt lives in the home.

While the person filing for a TPO may name multiple people in their petition, there must be a reasonable explanation for why they believe the children also need protection. The parent must put forth a credible argument that the children are in danger or else the Court will likely view the TPO application as a veiled attempt to change custody. Threatening children with physical violence, exposing children to violent behavior, physically punishing children with excessive force, or causing children to fear for their safety are all behaviors that would be acceptable to cite in a protection order application. If Las Vegas parents believe that their children are in danger then they may wish to file a TPO application as soon as possible.

Unlike other forms of protective orders, domestic violence TPO’s may address a number of concerns which families often have. If it is a parent who is named as the adversary party in the TPO then it may be necessary to address temporary custody issues, visitation, or a living environment. If a couple already has an open child custody case, it is likely that the TPO hearing will be transferred to the Judge in their case. This is designed so that a Judge who is already familiar with the family can make appropriate rulings with regards to the TPO, and so that two Judge’s do not make contradictory decisions.

If you are filing for a TPO there is a good chance that your children have been exposed to violence as well. The state of Nevada allows parents to ask for protection of their children in a TPO. For assistance in how to keep your children safe, contact our family law office today.