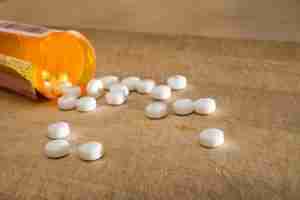 This is the next post in my series on the handling of emergency child custody cases in Las Vegas, Nevada. My last article discussed why parents should avoid “self-help” in custody cases. Taking matters into your own hands is never advisable. Depending on the facts of the case, such conduct may result in a parent actually losing time with the child as they will be seen as frustrating the relationship between the child and their counterpart. If you believe your son or daughter is in danger, then it is important that you discuss the situation with an attorney as soon as possible. In this article I will discuss a topic which, unfortunately, is all too common – custody emergencies which stem from parental drug use. If you or a loved one are in need of assistance then contact my office today to speak with a lawyer.

I have previously discussed how drug use impacts child custody as a general matter. There are some instances, however, where a parent’s addiction issues may truly make the matter an emergency. If your son or daughter is a small child, and requires constant care, then they may very well be in danger if the other parent is regularly high at times in which they are supposed to be the active supervisor. Also, if the offending parent is using “hard drugs,” such as methamphetamine or heroin, then the extent to which the parent should not be caring for the child is obvious. In addition to the fact that such drugs leave a parent unable to care for a child, the use and possession of such drugs is often associated with other criminal activity. These are just some examples of situations in which a court will consider a child to be in danger.

If you believe that the other parent is abusing drugs, then the first step is to file an emergency Motion to change child custody. Once the Motion is filed, it is possible to request that the matter be heard immediately (typically within a day or two). The Court will typically require that the other parent take an immediate drug test, with the results being available shortly thereafter. If the test results come back positive, then the Court may order supervised visitation and set a trial date. The purpose of the trial is to work out a more permanent custody solution. In between the initial hearing and the trial, your attorney will use the discovery process to gain evidence of the extent to which the other parent is using drugs. This evidence may include bank records, phone logs, medical records, etc. Litigating such matters can involve complicated issues of fact and law. It is, therefore, suggested that you speak with an attorney as soon as possible.

If you are concerned about the safety of your son or daughter then contact my office today to speak with a Las Vegas child custody lawyer. I devote my practice to the handling of family law cases and I handle all matters in my office personally. We are ready to assist you. Contact us today.