Proving The Case For Supervised Visitation In Las Vegas, Nevada 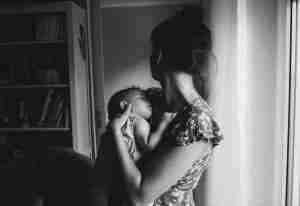 This is the next post in a series of articles discussing common issues that arise when a parent seeks supervised visitation in Las Vegas, Nevada. My previous post discussed the circumstances under which the Clark County Family Court will award supervised visitation. It is important to understand that such an award is considered a serious limitation on a person’s parental rights. It is generally only warranted when the Court believes that the child would be at risk of danger or otherwise harmed by exposure to their parent. In this post, I will discuss the types of evidence that a parent requesting that their co-parent’s visits be supervised must submit to the Court. If you need assistance with child custody matters, contact my office today to speak with an attorney.

As is the case in all legal proceedings, parents requesting that the Court impose supervised visitation on their co-parent must present objective evidence to support their position. Evidence submitted to the Judge must comply with strict rules of evidence. This is because the Judge, an impartial decision-maker, cannot rely on hearsay or subjective accounts of a parent’s shortcomings or dangerous behaviors when restricting their parental rights. Objective evidence can take many forms, including among other things police reports, sworn testimony of witnesses, phone or text records, or video surveillance. An experienced attorney can provide assistance in gathering such evidence, through subpoenas, requests for production, interrogatories, and other forms of discovery. It is not enough for a request to be based on suspicions, rumors, or unproven statements by the requesting parent.

Consider the following example. Sue and Bob share custody of their three-year-old child. Sue believes that Bob, who has a history of illegal drug use, has been using drugs in the presence of their child. Given her past experience with Bob when he is under the influence of illegal substances, she fears that he may become abusive and may not be able to properly care for their child during their visits. The child is too young to tell Sue that drug use is occurring and she has no concrete proof other than her suspicion. If Sue seeks supervised visitation on the basis of her hunch without other evidence, the Judge will not likely grant her request. If, on the other hand, Sue can provide objective evidence proving that Bob is using drugs, the Judge may agree that supervised visitation is appropriate. Evidence such as a recent arrest record for Bob’s possession of drugs or a personnel report from his employer indicating that he was disciplined for coming to work under the influence of drugs would help support her position. It is important to note that how the Court will rule in any given situation will depend upon the facts of the specific case.

The safety of one’s child is, for obvious reasons, of the utmost importance. It is imperative, therefore, to consult with an experienced child custody attorney when seeking the assistance of the Court. Doing so can help ensure that you have the type of evidence necessary to present a successful argument. I am a Las Vegas attorney who handles child custody cases. If you need assistance, contact my office to speak with a lawyer.