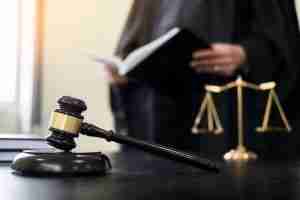 This is the next article in my series on the handling of Las Vegas area child custody appeals. My last article addressed the common question of “how often are child custody appeals won in Nevada?” As I explained in that article, an appeal will typically have a higher likelihood of success if it is based on legal or procedural disputes. No two situations are the same, however, and it is vital that you discuss your situation with an attorney as appeals are time sensitive. In this article I will discuss the possibility of challenging a lower court’s factual findings. If you wish to schedule a consultation then contact us today to speak with a lawyer.

It is possible to challenge a child custody determination on the basis of the lower court deciding facts incorrectly. Continuing with the example above, suppose a mother is asking for custody on the basis of the father’s domestic abuse. The mother never called the police or otherwise reported the father to law enforcement. Now suppose that the mother submitted, as evidence, photos of her face bruised on numerous occasions. Also, suppose that other witnesses testified to having personally seen domestic abuse occur. The lower court finds that no abuse occurred solely on the basis of no police reports being filed. Depending on the facts of the case, it is possible that the appellate court may find the lower courts fact finding to be erroneous. If this was to occur then the matter may be remanded to the lower court or the appellate court may possibly reverse the decision outright. Again, each case is different and this example is for illustration purposes only.

Factual disputes are less likely to form the basis of a successful appeal than are legal or procedural disputes. With that said, it is possible to appeal the lower court’s factual determinations. If you or a loved one wish to appeal a Nevada child custody decision then it is important to contact an attorney immediately as appeals are time sensitive. If you fail to file your Notice of Appeal in a timely manner then you will lose your right to challenge the lower court’s decision.

I am a Las Vegas appellate lawyer and my office practices exclusively in the area of domestic relations law. Contact us today to schedule an initial consultation. We look forward to speaking with you.