Seeking A Las Vegas Annulment Due To Incompetence Or Incapacity 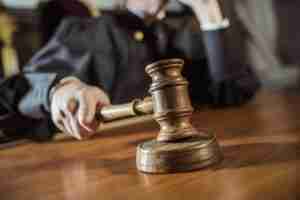 This is the next post in my series on the handling of annulments in Las Vegas, Nevada. My last article discussed the possibility of gaining an annulment due to fraud. It is important to understand that the Court will only grant such a resolution, on the basis of fraud, if it is shown that the marriage would not have been entered into but for the misrepresentation. In other words, finding out that one’s spouse “lied” about something will not result in the Court granting an annulment. How the Court will rule in any given situation is always going to depend on the specific facts of the case and it is suggested that you discuss your situation with an attorney. In this article I will discuss the possibility of gaining an annulment due to incompetence or incapacity. If you or a family member are in need of assistance then contact my office today to speak with a lawyer.

One must be of a competent state in order to enter into a marriage. Nevada is like many other states in that it will allow a marriage to be annulled if it is shown that one was not of sound mind at the time of the marriage. It is not grounds for an annulment if one had suffered some type of mental episode or induced condition at some time prior. It must be shown that the spouse was actually of unsound mind at the time of the wedding. Also, the legal definition of being incompetent, or lacking the requisite capacity, to make such decisions is different from how many would use the terms. It is not enough for someone to say that they lacked mental capacity due to being in a “tough time in their life.” Instead, it must be shown that one was legally unable to make sound decisions.

I will explain the foregoing with two examples. First, suppose Joe has been going through a long period of depression and is taking prescribed antidepressants on a regular basis. He never takes more than his prescribed dosage. He has been engaged to Jill long term and the two eventually marry. Joe would likely be unable to claim that his medications left him incompetent or incapacitated when it comes to his ability to make legal decisions. He is, after all, able to go to work, able to drive a car, and able to engage in other transactions during this time. Now suppose that Joe and Jill are not married and not engaged. Joe takes a heavier than normal, and heavier prescribed, dosage of his medication. This leads to a state of euphoria in which Joe asks Jill to marry him and she says “yes.” The two run to the Justice of the Peace and become married. Under these circumstances, Joe would have a stronger argument that his behaviors were purely drug induced. He would also have an argument that he was not of sound mind, to make legal decisions, while he was under an excessive influence of drugs. Under this latter scenario, the Court may be more likely to grant an annulment.

If you or a loved one are in need of assistance then contact my office today to speak with a Las Vegas annulment lawyer. I devote my practice to the handling of family law and I pride myself in providing the highest level of service. We handle many matters for a flat fee and we are ready to assist you. Call today to speak with an attorney.