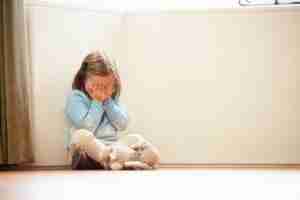 This is the next post in my series discussing issues of child abuse and how these issues can come into play during a child custody dispute. My last post explained the difference between being accused of abusing the child during a custody dispute and being formally charged with criminal child abuse. In this article I will discuss which actions a Las Vegas parent can take if they suspect their child is being abused in their ex’s household.

Raising the red flag of child abuse can certainly complicate matters for a Las Vegas parent who is going through a child custody dispute with their ex. However, if a parent ever suspects that their child is not safe in an environment then it is important to take all signs of distress seriously. Signs of child abuse may include finding repeated and unexplained bruises on a child’s body, noticing that a child is returned to a parent unwashed or ungroomed, the child seeming unusually hungry after returning from the other parent’s care etc. Furthermore, regressive behaviors such as suddenly wetting the bed, displaying new fears of the dark, or having a dramatic change in personality can be signs that something is amiss. If your child ever outright tells you that they have been harmed or that they are afraid of their parent in any way then it is important to take action immediately.

One who believes that their child is in danger should call the police. Immediate threats may include situations such as when the child is currently with the other parent and a third party has reported that a dangerous or abusive situation is occurring. If the child is not in immediate danger then the parent should report their concerns to Child Protective Services. A professional will ask the parent a number of questions including what type of abuse they suspect is occurring, how long they suspect this abuse has been happening, whether the child requires or has obtained medical attention, etc. If the report is deemed credible, an investigation will be launched.

Las Vegas parents who suspect abuse should contact a child custody lawyer immediately. If the parent shares custody with the alleged abusive parent then they may ask their attorney to file an emergency order for sole custody with the Court. If this happens then the parent will need to produce proof of their concerns. This proof may include pictures of the child’s injuries, medical records, sworn statements from teachers or other observers of the abuse, etc. It is important for the parent to document all steps that they have taken to protect the child and to keep a record of evidence they have observed.

During an emergency hearing a Clark County Family Court Judge will have a number of options. They can reject the parent’s request outright and continue the status quo, which would not impact CPS’s decision to open an investigation. A Judge may award the parent temporary sole custody and set a hearing date in the future to make a final decision. Or a Judge may order that the other parent be supervised by a third party during all visitations or when the child is in the parent’s care.

If you suspect that child abuse or neglect is occurring in your ex’s home then it is important to act quickly and consult an attorney regarding your options. Contact our office family law office today for a consultation.